NBC network's occult supernatural police procedural drama series, "Grimm" season 6 is coming back on televisions tonight to air another episode from the current season. Following this, fans and viewers expressed their excitement over the events and actions to happen on the upcoming episode.

Multiple reports have mentioned that the remaining episodes of "Grimm" season 6 will show more intense and mind-blowing happenings and that the upcoming events will reportedly be filled with more action. As the series approaches its farewell, a huge twist might be expected on the anticipated finale. This makes the fans

On the previous episode of the "Grimm" season 6, Bitsie Tulloch's character, Eve, was featured with a determination of investigating what really lies behind the mysterious mirror. According to TV Guide, on this week's episode, Eve is finally going to know the mystery behind the mirror that has been bothering her since the previous episodes. However, while in her mission, Eve faces a deep trouble that no one knows if she'll get out from.

Eve's friends and the rest of the team do not know about this latest move of Eve on the upcoming episode of "Grimm" season 6. It was reported that the character will find herself in a creepy forest all by herself. Additionally, on the other side of the mirror, she's able to see her friends but unfortunately, her friends cannot see her and have no idea where she might be.

Thankfully, David Giuntoli's character, Nick Burkhardt, will help Eve the moment he finds out that she is in danger on the eleventh episode of "Grimm" season 6. Once he finds out where the mystery mirror leads her, Nick will be joining Eve on her latest mission to find out the secret behind it.

Meanwhile, according to Yahoo News, "Grimm" season 6 executive producer, Jim Kouf spoke in an interview, expressing his disappointment over NBC's decision not to renew the series. As fans know, the sixth season will be the last installment of the show and there is only a little time before it finally bids its last farewell.

Kouf said that the people behind "Grimm" season 6 would have made more episode for the series if only NBC supported this. However, the show failed to pick up a renewal from the network and as of this time, as per Kouf, fan petitions and other similar actions are the only ones that could hopefully bring the show back after the sixth season. 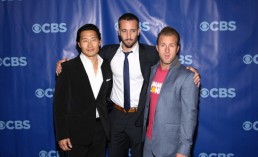 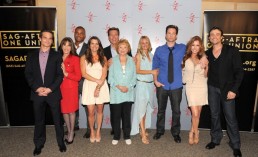