The highly popular anime television series, "Dragon Ball Super," has recently been showcasing a number of interesting fights between Son Goku and the warriors from the different universes. The series is of course already in its new Universal Survival story arc, which features the new Tournament of Power instigated by the Omni-King at Goku's behest.

As per a report from Droid Report, the previous episode has showcased some very big revelations about the fighters that are going to be participating in the Tournament of Power. It was previously thought that Toppo, the leader of the Pride Trooper, was the strongest being in Universe 11. However, that is apparently not the case as Toppo himself admits that he isn't actually the strongest.

In "Dragon Ball Super" episode 82, Toppo reveals to Goku that he is not the strongest man in his universe. The title apparently belongs to his friend, Jiren the Gray. Given that Toppo was once considered to be a candidate to be the new God of Destruction, it can be safe to assume that Jiren the Gray may be even more powerful than everyone has been led to believe.

In the previous "Dragon Ball" television shows, Bulla was shown to be a grown-up woman already. However, fans will be reintroduced to the character as a baby. The previously released promo video for the upcoming episode even shows how she looks like, complete with large eyes and blue hair. Despite being Vegeta's daughter, Bulla doesn't have any of Vegeta's features and actually look quite identical to her mother.

"Dragon Ball Super" episode 83, titled "Form The Universe 7 Representing Team! Who Are the Strongest Ten?!," is set to be released on March 26 at 8:15 p.m. EDT on Crunchyroll. 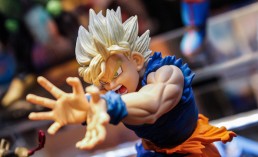 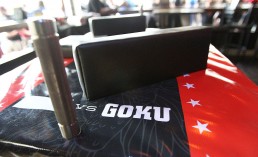 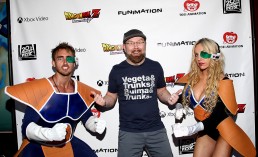