The upcoming episodes of "Dragon Ball Super" are expected to show the comeback of two fan-favorite characters. Aside from that, it appears that Goku will have to fight against Majin Buu for a rematch.

According to Crunchyroll, with Goku's recruitment to enter the "Dragon Ball Super" Tournament of Power, two fan-favorite anime characters will return. The first among the two is the Cell Saga veteran Android 17 who is slated to make a huge comeback in "Dragon Ball Super" Episode 86, which will premiere on April 16. Goku is also believed to have a surprising sparring with a slimmed down Majin Buu upon going to Dende's temple looking for Android 17.

Another character to come back is Android 18 as she finally decided to join the tournament after Goku has utilized his convincing power to join his team. It was also noted that in one episode of "Dragon Ball Super" which was entitled "Son Goku the Talent Scout: Inviting Krilin and No. 18" will be basically about Goku's convincing Krillin and his wife Android 18 to join the tournament. Nevertheless, the latter will initially refuse to join the team and then Goku will have to lie, stating that there is prize money amounts ten million Zenny.

Furthermore, Celebeat has noted that Android 18 is partway human and she has been one of the best fighters in Universe 7. It was also been speculated that she can level up; with this Goku will be really determined to have her in the team. Meanwhile, Krillin; who is Goku's best friend is seemingly amazed by his request to enter the "Dragon Ball Super" Tournament of Power since he has already retired from fighting. Conversely, Krillin will still accept Goku's invitation.

The upcoming episodes of "Dragon Ball Super" appear to be action-packed adventure as Goku's team will enter Tournament of Power. Moreover, it is hoped that Goku together with his comrades will win the said competition. 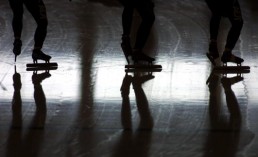