Phil Keoghan discusses the prospects for season 30 of The Amazing Race in a new interview.

The status of The Amazing Race on CBS has been a topic of concern among diehard fans of the series. For the first time in over a decade, The Amazing Race did not air a new season in the fall, finally airing the season 29 premiere this past Thursday - almost a year after season 28.

CBS also chose not to include The Amazing Race among the list of shows being renewed for the 2017-18 season, even if there's still some time left for the network to decide on whether to renew or cancel. Keoghan is now hoping fans watch and continue to watch season 29 if it's in a late timeslot compared to usual.

"I think that depends a lot on how many people turn up to watch 29," Keoghan told TVGuide.com, on the prospects of season 30. "I think it's an incredibly competitive television market. I think the reason we didn't get on [earlier this season] was they were trying new things, new shows. A lot of fans have said, 'Why Thursday? Why 10 o'clock? Why can't it be this? Why can't it be that?' I've just said the same thing to all of them: 'Let's focus on what we do have and what we can do and not what we don't have and what we can't do.'"

Keoghan discussed how it ultimately comes down to people watching the show in the end, even if it's in a different style than traditional live viewing.

"I do believe we'll get a big plus-3 [in DVR playback] because a lot of families are not going to be watching at 10 o'clock on Thursday, but hopefully we'll get new viewers too who may have missed us before -- 'then we'll be back.' It's as simple as that," he said.

A total of 4.30 million viewers tuned in for The Amazing Race 29 premiere that aired this past Thursday, with a 0.9 rating in the 18-49 demographic. While this is down compared to the season 28 premiere, it also won its timeslot among network programming, which is never a bad thing. The "plus-3" ratings will be released this week, at which point fans will get a greater picture of exactly how many people are still tuning into The Amazing Race even after 29 seasons.

The Amazing Race airs Thursdays at 10 p.m. ET/PT on CBS. 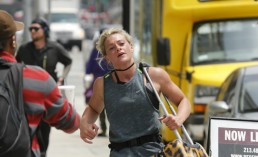 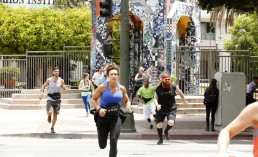