"Game of Thrones" lead star, Kit Harington, has recently revealed that he is not bothered by the circulating theory about his character, Jon Snow, being "The Prince That Was Promised."

Harington, while speaking with The Huffington Post, said that his "Game of Thrones" character would most likely hate the title. "If someone turned to him and said, 'You're The Prince That Was Promised,' he just wouldn't pay much attention," the British actor said.

Harington added that he, too, doesn't care about the "Game of Thrones" theory much like his character's same reaction. "You know, I think that's what's great about him," the British actor added, "he's got very little ego on him."

As the legend goes, the Prince is going to be the one who will lead mankind in its war against the darkness by using the sword known as the Lightbringer, Digital Spy reported. This was already hinted out in the show when The Red Priestess, Melisandre (Carice van Houten), told Davos (Liam Cunningham) that Jon Snow is the one.

The latter, however, has called the priestess' claims to be false - pointing out she has been wrong before specifically her visions about Stannis Baratheon (Stephen Dillane).

Unfortunately, Harington did not go any further about the "Game of Thrones" theory. He said that fans would have to wait and see in Season 7 if more information about his character would surface.

Meanwhile, HBO has released several new promo videos for "Game of Thrones" Season 7. One of the short clips shows the three leaders, Snow, Daenerys Targaryen (Emilia Clarke) and Cersei Lannister (Lena Headey), walking through a hallway to their respective thrones.

Snow takes the middle chair in a hall in the north while Daenery sits on her throne in Dragonstone castle located in Blackwater Bay. Cersei, on the other hand, takes the Iron Throne from her deceased son, Tommen (Dean-Charles Chapman). 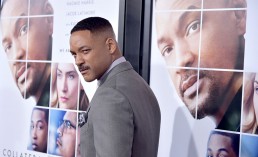