After a seven-year break, the animated band Gorillaz will again rock the small screens as it has just been confirmed the band will have a TV show.

According to Q Magazine, the Gorillaz had confirmed its return in an interview. Dorian Lynskey led the news outlet's exclusive interview with Damon Albarn and Jamie Hewlett and hears how these two brought their animated band back to the small screens after having seven years break.

It has also been mentioned that Albarn wanted to make an album about "pain, joy, urgency" but then the first thing he has to do is to mend a broken relationship with Hewlett. Meanwhile, the cover of the show has been exclusively drawn by Hewlett.

Moreover, Engadget has noted that the announcement about the animated band's comeback is light on details. Nevertheless, it has been cited that seemingly, the upcoming show of Gorillaz will have a span 10 episodes and that Hewlett is the one in-charge of all things animation.

The same news outlet also asked the Gorillaz spokesperson for validation and details about a potential TV show. But then, the representative doesn't state any comments and that all details about the return of the animated band are still a secret.

For reference, this animated band has a long history of testing several visual presentations as the entire group of the band is composed of cartoon characters. Most recently, this animated band has dropped a handful of new songs on YouTube, which included a 360-degree video for the track that is entitled "Saturnz Barz (Spirit House)."

The latest album that was made by Gorillaz album was titled; "Humanz." This album features stars artists which include Danny Brown, Grace Jones, De La Soul, Carly Simon and Mavis Staples.

It is also expected to feature the legendary Smiths frontman Morrissey, but then he turned down the performance after a month of discussion through email. "Humanz" is slated to become available on April 28. 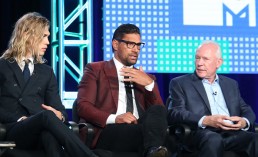 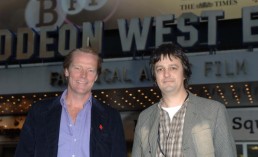