The avid viewers who are waiting for "Tokyo Ghoul" Season 3 to air will be disappointed as Viz Media confirms it will not premiere after "One Punch Man." Instead, the media company will be launching "My Hero Academia" after the bald hero has made his comeback.

According to ICv2, Kevin Hamric; Viz Media's Sales and Marketing Senior Director reportedly divulged that the "Tokyo Ghoul" Season 3 will finally premiere sometime this year.He further stated that the return of "Tokyo Ghoul" will be one of two main anime launches the media company have scheduled for this year besides the "One Punch Man" Season 2.

Hamric stated that "One Punch Man" Season 2 debut and that "Tokyo Ghoul" Season 3 will arrive shortly. "Later in the year, those would be the bigger releases on the anime side," Viz Media's Sales and Marketing Senior Director further added.

Conversely, Viz Media has clarified everything soon after Hamric has announced that "Tokyo Ghoul" Season 3 will premiere this year. The company said that Hamric "misspoke or was misquoted" concerning the production status of "Tokyo Ghoul" Season 3. The spokesperson even made it clear that the anime that will essentially be having another season this year aside from "One Punch Man" is in reality "My Hero Academia."

When it comes to the lead roles for "Tokyo Ghoul" Season 3, Korea Portal has noted that a female lead which will be named Touka Kirishima will be putting Ken Kaneki at the back seat. Speculations suggest that the upcoming season will tackle about the life of Touka Kirishima as she goes into college as well as all the trials that will be on her way.

It was also mentioned that Haise Sasaki, who is supposed as the new lead character will be recruited and become an associate of the Quinx Squad in "Tokyo Ghoul" Season 3. For reference, this group is comprised of CCG investigators delivering their professional services to the public.

As of this moment, Viz Media hasn't revealed the release date of "Tokyo Ghoul" Season 3. Moreover, it is hoped that soon enough the media company will divulge details about the dark manga series. 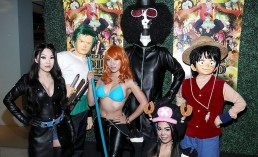 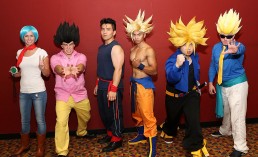 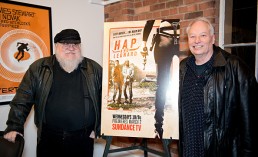