The Massive Ordinance Air Blast Bomb (MOAB Bomb), its official name, was dropped at a cave and tunnel complex for ISIS (Islamic State of Iraq and Syria) personnel in the Archin district of the Nangarhar province on Thursday, according to military officials who spoke with CNN. The bomb was carried and dropped by an MC-130 aircraft operated by Air Force Special Operations Command that is stationed in Afghanistan.

The destructive power of the GBU-43/B bomb, as said on reports, is equivalent to 11 tonnes of TNT. Witnesses at a village located 3 miles (5 km) from the mountainous area said the ground shook after it explode but houses were unaffected by the blast.

US' White House press secretary, Sean Spicer, has reiterated the country's stance on its fight against the notorious terrorist group later on Thursday. "The United States takes the fight against ISIS very seriously and in order to defeat the group we must deny them operational space, which we did," he said.

There were 36 suspected Islamic States militants killed in the attack, officials said. Afghanistan Defense Ministry spokesman, Dawlat Waziri, reassured that no civilians were harmed during the bombing of ISIS location in the area.

US President Donald Trump, meanwhile, has called the mission "another successful job." When asked if he was the one who gave the order to attack, the President said he gave the US military full authorization and the missions was the result of that. Trump declined to give further comments or specifics about the matter.

© 2021 ENSTARS, All rights reserved. Do not reproduce without permission.
TAGSMOAB US ISIS Mother of all Bombs
SEE COMMENT
CLOSE COMMENT 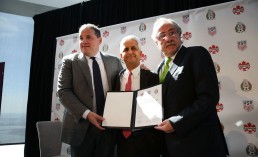 US, Canada, Mexico to make joint bid to host the 2026 World Cup 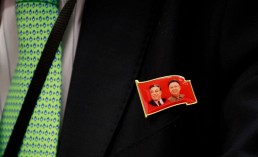 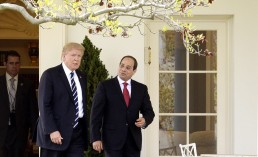