Dave Filoni, the executive producer, director, and writer of the Disney XD show "Star Wars Rebels," has explained how the series' final season will tie into the 2016 movie "Rogue One: A Star Wars Story."

During a talk with IGN late last week, Filoni revealed some interesting details on what fans can expect in the final season of Disney XD's "Star Wars Rebels." Included in the teaser that the co-creator dropped in the interview is the pre-"Rogue One" era that fans will see in Season 4.

"Now that Rogue One is out, it opens up a lot of possibilities for us to tell these stories," the director said, Slash Film reported, further noting that the crew can now finally go to the large red gas giant, Yavin. "We can start to deal with the way things worked out in the film and include ideas that are happening prior to that."

He went on to explain that the look of the background rebels will start to shift to the kind of drab military colors that fans saw in "Rogue One." Further adding that the Phoenix group of Rebel soldiers and ships are redistributed to other groups, specifically Mon Mothma's in Yavin and Dodonna's.

"Star Wars Rebels" Season 4 is confirmed to have 15 episodes all in all, as opposed to the usual 22-episode order it had in the previous seasons. No official word yet regarding the specific premiere date of the show on Disney XD but it is believed that it will return on the network sometime in fall of 2017. 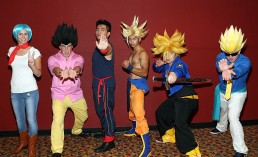