James Gunn, the director of the upcoming Marvel Cinematic Universe movie "Guardians of the Galaxy Vol. 2," has debunked the rumor suggesting "Avengers 4" is going to be titled as "Avengers: Infinity Gauntlet."

Gunn, while speaking with Yahoo Movies, has denied the statement that Gamora actress, Zoe Saldana, dropped in her recent interview. "It's not the title," the director said. "My guess is that Zoe just misspoke. I'll talk to Zoe today, but I would imagine that is just Zoe misspeaking and saying 'Infinity Gauntlet' instead of 'Infinity War'."

The speculation surfaced after Saldana's talk with BBC's Lizo Mzimba earlier this week to discuss the current status of "Avengers: Infinity War." "We're in the middle of it, I think that the Guardians just shot their part when it comes to Infinity War's, like, the first part," she said. "And we all have to go back for Gauntlet later this year."

As what fans, particularly the ones who are familiar with the "Infinity Gauntlet" storyline, this is the arc where Thanos (played by Josh Brolin in the MCU) acquires all of the Infinity Gems, Slash Film noted. The gauntlet - complete with all the stones - will give him Godlike powers that will allow him to wipe everything and everyone else in the universe.

If this is what the final MCU phase 3 movie is, then fans can certainly expect to see the Avengers get beaten up at the end of "Avengers: Infinity War." However, some believe this is just an honest error in Saldana's part. Screenrant speculates that "Infinity Gauntlet" could be the working title of "Avengers 4," which also means it could not be the official title of the final movie in MCU phase 3.

There is also a slight chance that this could be true. As what some fans may recall, Marvel President, Kevin Feige, has recently confirmed that "Avengers 4" title will spoil the events of "Avengers: Infinity War." 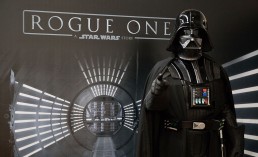 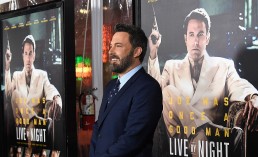