Disney has officially announced the new release date for "Indiana Jones 5" along with the cinema premiere of the much-awaited sequel "Frozen 2" and the live-action adaptation of the "Lion King."

The company made the official announcement on Tuesday, according to Variety. The fifth film installment in the long-running adventure franchise "Indiana Jones" has now been moved to July 10, 2020, from its original cinematic release on July 19, 2019.

The reason being is that film director Steven Spielberg is currently preoccupied with his current projects. It includes the screen adaptation of Ernest Cline's Science Fiction novel, "Ready Player One," and the drama movie starring Tom Hanks and Meryl Streep involving the Pentagon Papers.

"Indiana Jones 5" is going to be released in cinemas exactly 39 years after the first franchise installment, "Raiders of the Lost Ark," debuted, BBC reported, and 12 years after the recent one, "Kingdom of the Crystal Skull."

The release date pushes back for "Indiana Jones 5," as noted by Variety, would give the writers enough time to work on the script. However, it would mean that Harrison Ford, when the movie hits theaters, will be in his late '70s.

Meanwhile, the highly anticipated release date for "Frozen 2" has been revealed. Fans will be able to watch Elsa (Idina Menzel) and Anna (Kristen Bell) on the silver screen on Nov. 27, 2019.

The live-action adaptation of the critically acclaimed 1994 animated film "The Lion King" is going to hit cinemas in the same year as "Frozen 2" on July 19. Donald Glover will play the role of Simba while James Earl Jones is going to take the role of Simba's father, Mufasa. 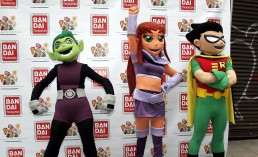