Kandi Burruss has spoken out about her drama with Phaedra Parks in one of her first interviews since everything exploded on the Bravo’s The Real Housewives of Atlanta ninth season reunion.

“It’s a relief to me that my name was cleared, that people no longer have to wonder if I would do something like that,” Burruss told E! News Friday. She was referring to her drama with Parks and Porsha Williams all season in which Williams told her during a screaming match that she was told Burruss wanted to date rape her. In the end, it came out that Parks was the one who told Williams the news. And Williams insists that Parks told her Burruss said it herself, which was clearly not true.

“You can’t fight a lie,” Burruss continued. “I’m just so glad the truth finally came out because I would never want something like that to be attached to me.”

She went on to possibly confirm reports that the cast wants nothing to do with Parks right now.

“The fact that she never once let on that she never had anything to do with it, clearly she just wants to tear down my reputation, kill my fan base, hurt my business. It was really just terrible. And then she’s supposed to be friends with Porsha? Then she set her up to be the fall guy? That’s a lot of plotting going on. People don’t want to deal with that.”

It’s no secret the girls on the series and other reality TV franchises have major reading sessions and “throw shade” consistently. But Burruss explained why her situation with Parks was different.

“At the end of the day, all the girls throw shade at each other, but to know that people actually plot behind the scenes, to plant information on people that’s completely made up, that’s a real problem. It wasn’t even for the sake of television; it was for the sake of tearing me down,” Burruss said.

As for Wililams, while she set the record straight that Parks used her to get back at Burruss, the X-Scape singer said Williams isn’t completely innocent either.

“I’m still not feeling her either. At the end of the day, she knew it was a lie. She cannot sit there and say she believed it. I’m happy she finally told the truth, I’ll give her that. But did you tell the truth because you were tired of people tearing you down, saying you were a liar, or did you do it for the right reasons?”

She said she and Williams will most likely be able to get over this. But the same certainly doesn’t hold true for her and Parks.

“We can never talk again,” she said of her former friend.

The Real Housewives of Atlanta is slated to return for season 10 this fall. Keep up with Enstars for the latest. 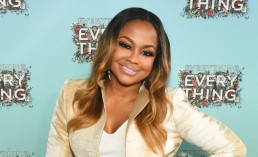 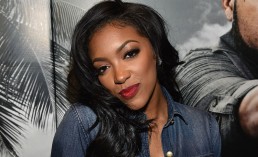 'Real Housewives Of Atlanta' Season 9: Porsha Williams Says She & Kandi Burruss 'Did Not Have A Fight' [VIDEO]