The blow-up between the two, who have been friends for years, started when the rapper was hours late for a studio session.

Jermaine Dupri's patience has already worn thin and he left the studio.

However, it was Bow Wow's fellow rapper, Da Brat, who stuck around to set him straight.

Bow Wow later told cameras that Da Brat isn't the only one telling him to "get serious" when it comes to rapping.

However, Da Brat told him they need to get started and Bow Wow claimed he had "writer's block."

She accused him of making "excuses" when he said he was spending time with his daughter, Shai Moss, her mother and his on-again-off-again girlfriend, Joie Chavis.

Da Brat then took a notepad and wrote down all of his excuses.

Bow Wow pointed out that Da Brat had writer's block before. While she agreed, she said it hasn't caused her to be hours late for a studio and said Bow Wow should have asked her for help.

"When we meet up together and have a set schedule, how are you gonna have us waiting two hours?" she asked.

She said the fact that he was two hours late speaks stronger than his words that he wants to start rapping again. 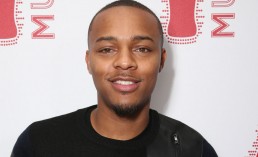 Erica Mena And Bow Wow: Reality Star Shades Ex To Filth But He Claps Back In A Major Way

'Growing Up Hip Hop Atlanta' Episode 2: Mother Of Bow Wow's Child Confronts Him For Treating Her Like A 'Rebound' [VIDEO]