Part 1 of Love & Hip Hop Atlanta brought the drama just like fans thought it would. Now VH1 has given viewers a peek of what to expect in the next episode.

It looks like Karlie Redd and Lovely Mimi are from ending their feud after Lovely Mimi went head-to-head with Karlie in an effort to protect her friend Tommie.

In the teaser, Tommie revealed that there were things that happened that fans didn't get to see on the show. She said Karlie was talking about Lovely Mimi behind her back and while Lovely Mimi wanted to be a good friend to Tommie, she was defending herself against Karlie as well.

When it comes to Karlie, she looked pretty perplexed about the claim that she dissed Lovely Mimi.

"I have no time at all to talk about Mimi," Karlie said.

Tommie called out Karlie and said, "But you did call her a clown and say she belongs in a circus."

"I don't have time. Because I own my own store. You don't own your own store. And [Lovely Mimi] isn't even a real nail tech," Karlie reiterated once she was reminded by Tommie she was on camera.

By this time, Lovely Mimi had broken her silence against Karlie leading the two ladies to went head-to-head.

"It's not her position or place to say anything about me because she doesn't know me," Lovely Mimi said of Karlie Redd. "When I'm pulling receipts, you're gonna be embarrassed."

That's when Lovely Mimi tried to get physical with Karlie. Of course, given the history of what's happened on Love & Hip Hop reunion shows, security was right on hand to stop the drama from going too far. Check out the full clip below.

Love & Hip Hop Atlanta reunion part two airs Monday at 8/7c on VH1.
Be sure to keep up with Enstars for the latest. 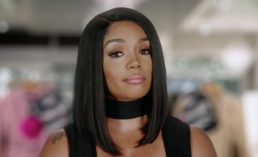 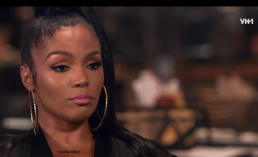