The "Game of Thrones" Season 7 Episode 6 was already aired accidentally on two HBO's channels but fans of the hit show will get something for a treat. Some photos of the said episode emerged online and the fans can already infer what will happen as Jon Snow and his team is on for a wintry fight in the North.

It was reported on Business Insider that the upcoming episode of the "Game of Thrones" will be 70 minutes in duration and with this, it will be the longest chapter so far in the series. But the finale is reportedly even longer with an 81-minute season and this will be aired on August 27, 2017.

In the new images of "Game of Thrones" which escalated online, Tormund Giantsbane can be seen looking glorious while he is back on his home turf. Meanwhile, Ser Jorah Mormont will be there also and it t was reported that he will be fighting on behalf of his queen.

In the said "Game of Thrones" Season 7 Episode 6 new images, Beric Dondarrion can also be seen holding his flaming sword and he is with Jon. Seeing them together is great since they are the only two characters who have been raised from death by the Lord of the Light.

However, it appears that Jon Snow looks like worried and this is for one good reason. He and his team just stepped into the territory of the Night King. After that, the dream team can be seen circling up and they are awaiting an oncoming enemy. Besides, Jon also has with him his Longclaw, a Valyrian steel sword which has the capability to kill White Walkers.

On the other parts of the stories in "Game of Thrones" Season 7, Episode 6, IGN reported that Tyrion and Daenerys are in Dragonstone talking by the fire. There is also a picture of her with two of her dragons possibly Viserion and Rhaegal but the other one can also be Drogon.

Meanwhile, Arya also found an old letter which Sansa had written for her family in the last episode. It was also discovered that the letter was very pro-Lannister. This "Game of Thrones" Season 7 Episode 6 will be aired on Sunday at 9 P.M. on HBO. 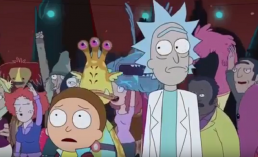