There have been rumors doing the round for months that there is something going on between "Stranger Things" co-stars Natalia Dyer and Charlie Heaton, reported Daily Mail.

Recently those reports or rumors seem to be true as they were spotted holding hands in New York. 20-year-old Dyer beamed as she held the hand of the 23-year-old British actor, were seen gallivanting around the Big Apple. The couple was casually dressed wearing shorts and denim overalls. The two were initially linked when they were seen getting out of the airport a number of times. After that, they appeared together at May's MTV Movie & TV Awards and also looking cozy at  San Diego Comic-Con in August.

Although the pair has officially not confirmed however now after seeing them holding hands, the rumors seem to be true. Earlier right after attending the 2017 Golden Globes, the duo caught a flight together with the rest of the cast. Ever since then social media has been speculating the closeness of the couple. In January 2017 Heaton seemed to be totally gushing over his co-stars when he posted a picture of Dyer and Joe Keery and said 'To best times with best friends.'

The pair makes sure that they are by each other's side whenever they go to any event and this sure has to be heading towards something serious. Also, an eyewitness had said earlier that the two were holding hands at a restaurant in Nashville.

The onscreen pair will be seen again on television when the Netflix sci-fi series screens its second season on October 27. The new season will be seeing some major character developments,"They start out a year later, and they totally sort of new people as a result of this experience that happened last year"' said David Harbour, who plays Jim Hopper in the series.

The first season of the series was released on Netflix on July 15, 2016. It has been critically acclaimed for its various aspects like characterization, pacing, atmosphere, acting, soundtrack, directing, writing etc.

Since the series has gone on air the crazy fans of the series are going bonkers on the love triangle between NancyWheeler (Dyer), Jonathan Byers (Heaton) and Steve Harrington (Joe Keery), using the hashtags #TeamJonathan and #TeamSteve on social media. 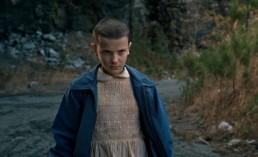 The Top 3 Best Shows To Binge-Watch This Memorial Day 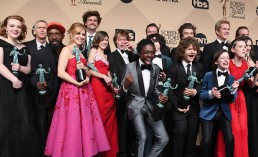 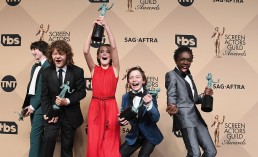