Joe Jonas of "Jonas Brothers" and "Game of Thrones" actress Sophie Turner, are engaged. They announced their engagement on Instagram through matching Instagram posts. Below an adorable picture of the couple's hands, Turner wrote, "I said yes."The picture had the ring on Turner's hand. Jonas shared the same photo, writing "she said yes."The duo have been dating for just a year now and they had met through mutual friends. The couple seems to be absolutely in love and doting on each other. The two were first spotted in November 2016 when there was a picture of them, posted on social media with a large crew during Halloween and wearing costumes. Turner dressed as a rabbit and Jonas as a dog. The couple made their first red carpet appearance at the Met Gala in May of 2017.Earlier in a Marie Claire interview, Turner had said that both had already met each other's parents Turner had met the Jonas parents on a family skiing trip while Jonas met her parents at a pub in London.

Social media has gone bonkers after the announcement of the engagement, especially family members seem to be super excited. Nick Jonas merrily retweeted the photo of the two's engagement announcement, while sister in law Danielle congratulated them and both Jonas parents posted and said that they were very excited to have Turner being a part of the family.The two had been hinting about getting serious as a couple and it was confirmed when they adopted a puppy in early September. So the dog was a big indication that the two were up to something big.

Ahh! Congratulations to my brother... and sister in law to be on your engagement. I love you both so much. @joejonas @SophieT pic.twitter.com/H3ZS3v38xW

The most awwdorable thing that happened was singer Demi Lovato ex of Joe Jonas congratulated the couple captioning the engagement pictures, she said "Huge congrats!" "So happy for the both of you!" Wow! What a terrific friend! Lovato and Jonas were together in 2010 during their "Camp Rock" days and Lovato was totally heartbroken after their split happened but all that seems to be way in the past now and the songstress is extremely happy for her friends.

A source has said that Turner and Jonas cannot wait to get hitched and apparently Turner is already planning and looking at dresses, venues, honeymoon options and is too excited about the new beginning of their lives. 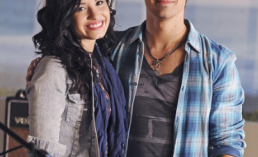