Jeremy Calvert has a new woman in his life. Days ago, the Teen Mom 2 dad showed off his leading lady on social media.

Amid rumors of a split from fiancee Brooke Wehr and a potential reunion with his ex-wife, Leah Messer, the mother of his four-year-old daughter Adalynn, Calvert has shut down all reports as false and revealed that he is actually dating a new woman named Kristen Blake.

On Nov. 3, Radar Online shared the news of Calvert and Blake's relationship with its readers, confirming that Calvert had posted a message about Blake on Instagram.

“When true love comes together,” Calvert wrote in a caption of a photo of Blake. “Finally a woman that understands ur job and ur child. After six years apart s** finally feels right.”

In Calvert's Instagram caption, he seemingly revealed that he and Blake had been in one another's lives years ago, prior to this relationship with Leah Messer.

“Amazing night and so many more to come,” he added.

As Teen Mom 2 fans will recall, Calvert began dating Messer in 2011 after she split from first husband Corey Simms. In April of the following year, they got married. During their marriage, Calvert and Messer welcomed a child together before Calvert announced plans to divorce Messer due to her alleged cheating in 2014.

In 2015, Calvert sparked a relationship with Brooke Wehr and after a year-and-a-half of on-again, off-again dating, they got engaged. However, their on-and-off ways continued after their engagement. Earlier this year, amid allegations of Calvert being unfaithful, they parted ways — only to reunite several weeks later.

According to Radar Online, Blake is 28-years-old and lives in West Virginia. Although Blake does have an active Instagram account, the account is private. On her bio, Blake’s Instagram account describes her as “full of sarcasm, laughter & sass.” She’s also a “dog mom.”

While a Teen Mom 2 appearance is certainly a possibility for Blake's future, she has not yet been confirmed as a cast member and it is hard to say whether or not she and Calvert began dating before production wrapped on the currently airing eighth season of the show. 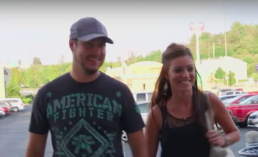 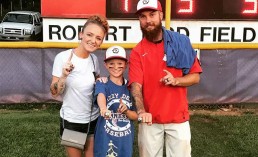