Kailyn Lowry revealed last week that she was dating another woman. However, she has yet to reveal who that woman is.

That said, a woman named Dominique Potter is rumored to be her mystery girl and on Instagram, Potter continues to share photos of them together.

After the Teen Mom 2 star and her rumored girlfriend enjoyed a number of trips together, including a recent visit to New York City, a source claims Lowry and Potter are totally in love.

“Kailyn and Dominique are deeply in love, and spend all of their time together. Dominique hasn’t officially moved in to Kailyn’s place yet, but she might as well have, as she’s always there,” a source close to the Teen Mom 2 star told Hollywood Life on Nov. 23.

Lowry's most recent relationship with Lopez, which began just after she split from former husband Marroquin in May 2016, ended just weeks into her pregnancy. Then, months later, Lowry told the reality series' reunion host, Dr. Drew Pinsky, that he had cheated on her throughout their relationship and forced to endure her pregnancy alone.

Although Lowry hasn't had much luck in love in the past several years, the Hollywood Life source said that she and Potter are going strong. As for Lowry, she recently said that she and her new girlfriend were friends before their romance began.

“We were friends for a year and so it kind of just turned into [a romantic relationship]. So, it’s not like she was trying to wine and dine me to ask me to be her girlfriend,” she reportedly said.

“Kailyn is really happy and content, Dominique is great for her, and takes a lot of the pressure off of Kailyn when it comes to the kids," the insider added.

Lowry and her co-stars including Jenelle Evans, Leah Messer, Chelsea Houska, and Briana DeJesus are believed to be in production on the next installment of the show but a premiere date has not yet been set.

For the time being, Kailyn Lowry can be seen currently at 9 p.m. every Friday night on WEtv's Marriage Boot Camp: Reality Stars 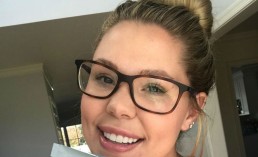 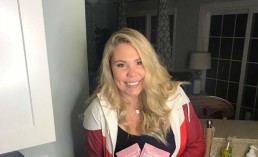 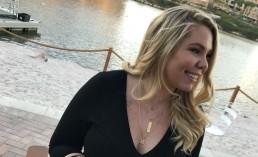