Khloé Kardashian and Kendall Jenner's boyfriends, Tristan Thompson and Blake Griffin, may soon be playing alongside each other.

While Thompson has been playing for the Cleveland Cavaliers since 2011, rumors are swirling about a possible trade to the Los Angeles Clippers, which is the same team Griffin plays for.

“Tristan Thompson may get an early Christmas present and move to LA,” a source told Hollywood Life on Nov. 26. “The Clippers are trying to put together a trade with the Cleveland Cavaliers that would involve money, picks and DeAndre Jordan.”

Kardashian and Thompson began dating last summer and are reportedly expecting a child together sometime next year.

“They are working on making the trade within the next week,” the source continued. “The team is also looking for a third team to make the deal complete but it looks like Tristan is LA bound in the next month.”

Last month, a source said that despite Thompson's busy schedule with the Cavaliers, he has been doing everything he can to make sure his girlfriend feels pampered throughout her alleged pregnancy.

“Tristan knows how hard it is for Khloe to be in Cleveland, away from family and friends in California,” an insider told Hollywood Life. “But Khloe is handling it with grace and style. She is never down and never feels sorry for herself. Instead Khloe is busier than ever, she has lots of projects she is focused on and she has her own empire she is still building.”

The source went on to reveal that while Kardashian is quite strong and independent, Thompson loves to spoil her especially now that she is reportedly expecting his second child (the first for Kardashian). Among the things Thompson has reportedly arranged for Kardashian are romantic massages, flowers, and other sweet gifts.

Kardashian doesn't have any children of her own but Thompson is already dad to a young son, whom he welcomed with ex-girlfriend Jordan Craig after their split late last year. As fans may recall, Kardashian and Thompson were dating at the time he welcomed his baby boy and remained together throughout Craig's pregnancy.

To see more of Khloé Kardashian, Kendall Jenner, and their sisters, Kim Kardashian, Kourtney Kardashian, and Kylie Jenner, tune into Keeping Up With the Kardashians season 14 on Sunday nights at 9 p.m. on E!. 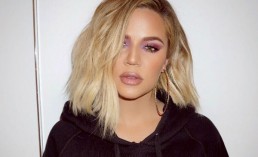 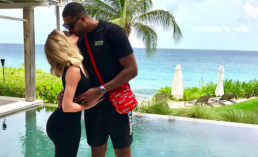 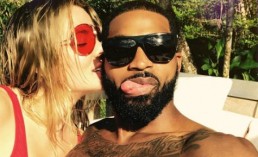