K-Pop group BTS recently graced The Late Late Show With James Corden. The septet performed their hit song "DNA" and participated in a game of "Flinch."

The objective of the game is quite simple. Corden told his guests that two of them will be standing behind a glass wall. When a fruit is launched toward the wall, whoever is behind it should not flinch.

Jin and J-Hope were the first two selected by Corden. They stood behind the glass wall and told their friends that they're certain they won't flinch. However, when an unknown liquid was launched against the wall, one of them fell to the ground.

Corden couldn't help but laugh at the two BTS members. He even said that what they did was the best flinch to have ever been featured on the show.

The talk show host called Jungkook and V next. The crowd couldn't help but scream and cheer them on. Before launching the fruit on the two men, Corden asked the two if they believe they won't flinch.

They said that they're certain they won't because they will keep their eyes open. Everyone was surprised when Jungkook didn't flinch. However, V moved.

In the next round, three members of BTS stood behind the glass wall. Corden told the trio that they were the first three people to play "Flinch" at one time. Jimin, RM, and Suga all looked calm at first, but when the fruit was launched, all three of them moved.

Meanwhile, the K-pop group also performed their hit song, "DNA," in this week's episode of The Late Late Show With James Corden. All seven members of the group showed off their impressive dance moves. The live audience didn't stop screaming their names throughout the entire performance.

BTS Performances In The United States

BTS went to the country to perform live at the American Music Awards at the Microsoft Theater in Los Angeles on Nov. 19. They also appeared on the Ellen DeGeneres Show last week.

The group also filmed their appearance on Jimmy Kimmel Live earlier this month and it finally aired last week.

In the same year, they won big at the Melon Music Awards and Golden Disc Awards. A year later, they also received a Seoul Music Awards. 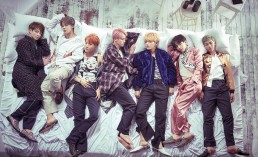 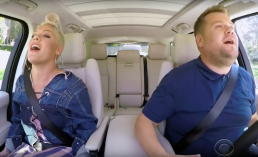