Christmas came early for fans of NBC's singing competition as the three-time The Voice coach and potential Mrs. Blake Shelton Gwen Stefani returned to kick off the holiday season.

She performed one of the songs off of her first holiday CD,"You Make It Feel Like Christmas. However, before she joined her lover on stage, it was time for the Top 10 to perform.

Fleming was accompanied by a mini-orchestra as he belted through the track. His coach threw her shoe to the ground as Shelton and Miley Cyrus joined her in giving Fleming a standing ovation!

For the second week in the row, America saved Adam Cunningham from elimination. He decided to perform Pam Tills' "Maybe It Was Memphis" for Top 10. Adam shouted through the performance and stayed in the same vocal range throughout the entire performance. While many viewers may not like him as a vocalist, they admire him for coming back every week.

Team Jennifer's Noah Mac tackled Duran Duran's "Ordinary World" for his chance to perform in the Season 13 semi-finals. The California musician delivered his interesting take that made the Universal Studios Hollywood soundstage audience scream. However, while Noah did an okay job of the song, some veteran singing competition viewers may have heard better.

15-year-old Shi'Ann Jones is the youngest performer in the competition, but she has a long way to go to have a career in the recording industry. She tackled "Diamonds," and it was too big of a song for her to sing. Her vocals were off point and at times cringeworthy.

Stefani took the stage with her love and People's "Sexiest Man Alive," Blake Shelton, as they debuted their duet: "You Make It Feel Like Christmas." It felt like that the couple invited the cast of Grease to be their backup dancers because the dancers distracted the audience from enjoying the performance.

Chloe Kohanski has been on a roll over the past few weeks. She hit number one on iTunes with her take on Bonnie Tyler's "Total Eclipse of My Heart." This week, Kohanski performed Blondie's "Call Me." The Team Blake artist showcased her husky lower vocal register and is proven to be instrumental in introducing classic rock to a whole generation of fans.

Los Angeles country singer Keisha Renae tackled Celine Dion's "All By Myself." Veteran Reality TV fans would have asked themselves:"What in the Pia Toscano is Going On with You, Keisha Renae?"

Renae delivered a gorgeous performance that showcased her beautiful falsetto and transported the show to the Grammy Awards. She received the second four coach standing ovation of the evening!

Miley Cyrus challenged Ashland Craft to sing her role model and mentor, Joan Jett's "I Hate Myself For Loving You." As Ashland strutted the stage and delivered a rousing performance of the rock song, she engaged the crowd and had her coach on her feet for the entire duration of the performance.

Brooke Simpson tackled one of the greatest hymns of all-time: "Amazing Grace." She previously sang powerful pop-rock songs each week, but Simpson stole the show with a spectacular gospel hymn. Her outstanding vocal control took the audience to church, and the performance might take her to the finale. Simpson also received a four-coach standing ovation for her performance.

Red Marlow tackled Craig Morgan's "That What I Love About Sunday." Marlow admitted during the pre-performance package that he was the mean freckled face kid. The song did fit Marlow like a glove, but it became predictable and boring.

16-year-old Addison Agen performed a stripped down version of Britney Spears's "Lucky." While other performers had the band assist them on stage, Agen was by herself on a foggy soundstage as she breathed new life into Max Martin and Rami Yacoub's penned tune. It was a gorgeous vocal, and many The Voice fans will wonder if Britney saw that performance.

The Voice Season 4 champion Danielle Bradbery returns to the show on Tuesday, Dec.5, as two more artists will depart from the competition. 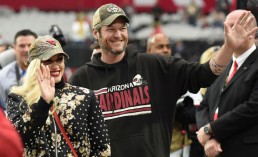 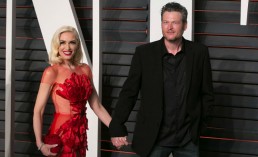 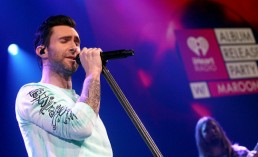