Sophie Turner is one busy actress. Turner is a crucial part of the pop culture powerhouses: Game of Thrones and the X-Men film franchise.

Turner became a household name when she joined the cast of HBO's hit adaptation of George R.R. Martin's science fiction and fantasy series. Turner portrays Sansa Stark, the eldest daughter of Lord Eddard Stark and Lady Catelyn Stark. Over the past few seasons, Stark's character has evolved from a naïve girl to formidable opponent and strategist that is a force to be reckoned with throughout Westeros.

As Game of Thrones begins to wrap up, Turner previewed where Sansa will be at the beginning of the final season.

"This season, there's a new threat, and all of the sudden she finds herself somewhat back in the deep end." Said Turner.

Turner also stated that she would have to fight this new opponent without the help of her former mentor, Littlefinger, who Stark killed in season seven.

"This season is more of a passionate fight for her rather than a political, manipulative kind of fight." Said Turner.

Turner also revealed that fans would have to wait until 2019 to watch Game of Thrones' final season. Turner stated that she learned a lot about acting by watching some of her cast members including Lena Headey, Peter Dinklage, and Kit Harington.

"The thought of not working with them is almost excruciating to me," Turner said. "They've been my growing up."

"OMG." Turner wrote in a Jan. 23, 2015 Twitter statement when she announced that she won the coveted role of Jean Grey in X-Men: Apocalypse.

But in next year's X-Men: Dark Phoenix, Turner will play the fiery antagonist as Jean Grey will transform into the Dark Phoenix. The fiery Phoenix will take possession of Turner's Jean Grey and will corrupt her and turn against the team.

"It's about the butterfly effect of this thing happening," said Turner. "What happens when the person you love the most falls into darkness?"

The X-Men will be forced to answer that question on Nov. 2, 2018, when X-Men: Dark Phoenix is expected to be released into theatres. 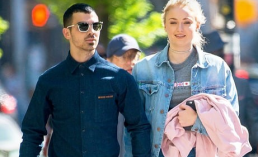 Joe Jonas And Sophie Turner All Set To Get Hitched 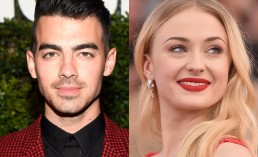 Joe Jonas And Sophie Turner's Relationship: 'She’s Different From Other Girls He Has Dated'