Film icon Woody Allen has a new supporter that is sticking up for him: Oscar-winning actress Kate Winslet.

The Oscar-winning actress stepped up to defend her Wagon Wheel director as Allen's estranged daughter, Dylan Farrow, called out actresses who worked with the controversial film icon.

Winslet has been vocal regarding how Allen understands the empowered female characters that he has created throughout his numerous films.

"His female characters are always so rich and large and honest in terms of how they're feeling, and he just knows how to write dialogue for them to communicate that," said Winslet.

"I think on some level that Woody is a woman," said Winslet. "I just think he's very in touch with that side of himself. He understands the characters he creates exceptionally well."

The Titanic and Steve Jobs actress walked into a hornet's nest as several fans questioned Winslet's willingness to act in one of Allen's movies after Farrow's 2014 revelations that the Annie Hall actor and director molested her as a young girl.

"It's just a difficult discussion. I'd rather respectfully not enter it today," said Winslet.

Winslet's comments come after Dylan Farrow's harsh op-ed in the Los Angeles Times where she harshly critiqued Winslet, Blake Lively, and Greta Gerwig for still working with her father when they have severed their ties to disgraced movie mogul Harvey Weinstein.

"Although the culture seems to be shifting rapidly, my allegation is apparently still just too complicated," wrote Farrow. "It breaks my heart when women and men I admire work with Allen, then refuse to answer questions about it."

Farrow did praise the MeToo Movement, which empowered women and men to come forward with their accusations and earned TIME Magazine's Person of the Year Award.

"From allegations against studio heads and journalists to hotel maids recounting abuses on the job, women are exposing the truth and men are losing their jobs," Farrow explained. "But the revolution has been selective." 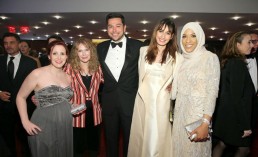 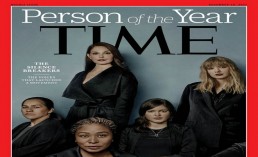 TIME Magazine Names The Silence Breakers As Person Of The Year 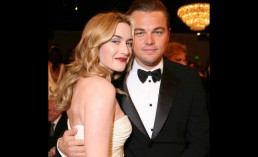