Gwen Stefani and her three sons aren't exactly country folk but earlier this week, the family headed to Oklahoma to spend time with Blake Shelton.

Shelton owns a large ranch in the area and according to a new report, Stefani shared a number of videos and images with her fans and followers on Instagram throughout their outdoor adventure. Most of these featured her kids, Kingston, 11, Zuma, 9, and Apollo, 3.

On Dec. 29, Us Weekly magazine revealed that the boys were all smiles as they played together, roasted marshmallows, and, of course, sported matching camouflage outfits. Then, after their outdoor adventure came to an end, the boys and their mother, who was wearing an elf hat, sat in front of a Christmas tree with Shelton, who was wearing a Santa hat.

Earlier this month, Stefani spoke to host Ryan Seacrest about her plans for the holidays.

“I have the kids [this year]. We were gonna go to Oklahoma first and then come here and go back and forth, but now it looks like we’re going to be here [in L.A.],” she told Seacrest at that time.

As fans will recall, Shelton was busy filming live episodes of The Voice Season 13 up until earlier this month. Since then, he has been enjoying his time off with his girlfriend of two years. Although Stefani often stars alongside Shelton on the show, she didn't appear on Season 13 and won't be seen in Season 14.

While Stefani and Shelton have been facing rumors regarding their alleged plans to start a family, they have yet to confirm any baby news and don't appear to be engaged quite yet. That said, their lack of a confirmation hasn't stopped the rumor mill from speculating about a possible pregnancy and back in October, a source told Hollywood Life that the couple's dreams of starting a family have brought them closer.

“Blake and Gwen‘s excitement over becoming parents has made their relationship rock solid,” an insider shared. “It’s even an inside joke between them — like if any disagreement starts brewing, they just start talking about having kids. Blake has this amazing sense of humor and he’s able to diffuse any tension by just making Gwen laugh.”

Shelton doesn't yet have any children of his own despite having been married twice. 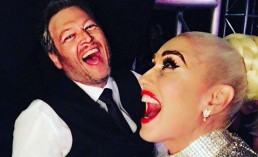 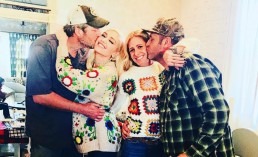 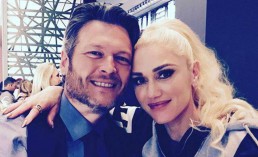