Sir Elton John started the New Year on a somber note. The legendary piano man held a private funeral for his late mother.

A Complicated Mother And Son Relationship

Last month, it was reported that John's mother, Sheila Farebrother, passed away at the age of 92 on Dec. 4.

Farebrother and John's relationship was a roller coaster ride concerning mother-son relationships. The "Your Song" singer-songwriter disowned his mother after Farebrother refused to disassociate herself with several of John's business partners.

Eventually, however, John reconciled with his mother several months before she died. Fans reached out to the "Candle in the Wind" singer to express their grief and offer their support to the 70-year-old performer.

Just as John did to announce Farebrother's passing, the piano rocker revealed on Instagram that he buried his mother at a very private service.

On Wednesday, Jan. 3, the performer posted an image of a golden plaque that had Farebrother's name, her death day, and her age. John also confirmed on the Instagram post that Farebrother's siblings took part in the special service.

He added that Farebrother's friends are expected to remember his mother at a separate service, which is expected to happen on Thursday, Jan 4.

"I've chosen all the music so everything will be just right," wrote John. "Thank you for bringing me into the world and for all that you have done for me."

Several of John's fans and friends comforted him by leaving comments on the social media platform.

"Sending love and prayers for comfort and peace, Sir!" wrote one user.

"Beautiful words, Elton. I send all my love and prayers to your family and to you," wrote another fan.

Getting Ready For The Grammys

As John pays his final respects to Farebrother, the singer-songwriter is expected to travel to New York City for the Grammy Awards weekend. While the Grammy Awards will air on CBS on Jan. 28, the recording academy is expected to honor John's lengthy recording career at a special tribute concert called Elton John: I'm Still Standing at Madison Square Garden on Jan. 30.

The concert is expected to be taped in front of an audience and will air later sometime this year on CBS. 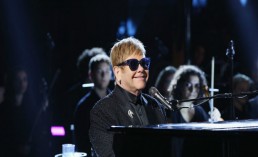 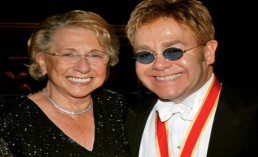 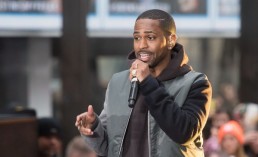