Paramount Pictures dropped the first trailer for the highly anticipated Mission: Impossible - Fallout during the Super Bowl on Sunday, Feb. 4.

The first look of the upcoming sixth installment of the Mission: Impossible series showed fans a glimpse of Tom Cruise in action with a mustache-donning Henry Cavill, who makes his debut in the action-packed franchise.

"Your mission, should you choose to accept it," Solomon Lane (Sean Harris), leader of the criminal organization called The Syndicate says at the beginning of the trailer as viewers see slow shots of picturesque views and blood dripping from a barbwire. "I wonder, did you ever choose not to?"

The clip later revealed that Harris' dialogue is with Cruise who reprises his role as protagonist Ethan Hunt in the upcoming film.

"The end you always feared is coming," he warns Hunt. "And the blood will be on your hands. The fallout of all your good intentions."

Hunt is forced to deal with the consequences of a failed mission and has to race against time to make things right. What follows are some epic scenes that show Cruise's character dangling from a helicopter, running his car into Isla Faust (Rebecca Hall) as well as clinging and falling off the side of a cliff.

Tom Cruise's Injury-Causing Stunt Is In The Trailer

The trailer also includes some death-defying action sequences featuring Cruise who likes to perform his own stunts in films. In August, the actor accidentally broke his ankle while filming a chase sequence for the film. The extent of his injuries was not known at the time, but it was severe enough for Paramount to temporarily put the production on hold.

Then, a leaked video from the set sparked speculation that Cruise was supposed to land on a rooftop but missed his jump. However, Christopher McQuarrie, the film's director, later revealed that he was not supposed to stick the landing in the scene.

McQuarrie still included the said scene in the final cut of the trailer after Cruise refused to do the stunt again. The 55-year-old actor also discussed it in an interview on The Graham Norton Show.

"I didn't want to do [the jump] again," he said. "I knew instantly it was broken. I just went, 'Ugh.' [I] run past camera. We got the shot; it's in the movie. That profile shot - both those shots are in the movie." 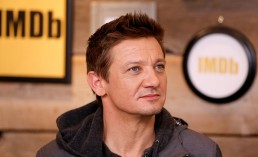 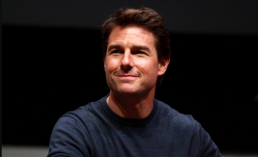 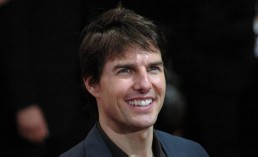