Politics and music are two everyday conversation starters. However, television viewers rarely see this combination interact with each other at all.

The Glee mastermind will be trying to be the pioneering producer behind mashing politics and music into one show called The Politician.

The series will focus on a wealthy California native, Payton, who has an ambitious appetite for the political world. Murphy will reunite with veteran production partners Brad Falchuk and Ian Brennan for this Netflix production.

One of the show's first actors to sign in for this production is Dear Evan Hansen alum and Tony-winning performer Ben Platt. Platt is expected to portray Payton as he experiences the ups and downs in the world of California politics.

I’ve been anxiously waiting to share this news with the world. Life, and @MrRPMurphy, are but a dream. We’re gonna knock your socks off. See you on @netflix. https://t.co/cropV2px4m

In addition to Platt, Murphy has set his sights on signing two very well-known Oscar-winning actresses and singers to join him on this Netflix project.

Goop founder Gwyneth Paltrow is expected to be in deep talks with Murphy and The Politician executive team. If Paltrow signs up for this series, this will be her second collaboration with Murphy and company as she had a recurring guest star role on Glee. She also received an Emmy Award for Outstanding Guest Actress in a Comedy Series for her portrayal of Holly Holliday. Paltrow is also engaged to Falchuk.

Legendary performer Barbra Streisand has also had numerous conversations with the creative team. Also, it has been reported that the "New York State of Mind" songstress is very interested in getting behind the camera and is open to directing a few episodes of the series.

Netflix has signed The Politician to a two-season straight-to-series order. Deadline has also stated that the series might begin filming in the summer.

In addition to The Politician, Netflix has some big surprises for its users.

Comedian Joel McHale announced that he would do a half-hour show that focuses on a plethora of pop culture subjects. The Joel McHale Show with Joel McHale is expected to make its global debut on Feb. 18. 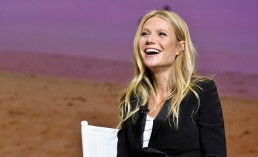 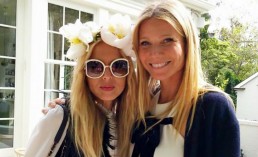 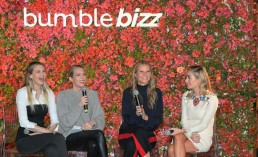