As A Mother Of Daughters

The ex-Subway pitchman, who gained fame following his rapid weight loss thanks to the chain store's apparently healthy produce, claims the judge is biased against him. Fogle claims the judge in question has teenage daughters. It's since been confirmed she has just one daughter, who is not a teenager.

The convicted child predator argued that the judge who sentenced him to over 15 years in prison back in November of 2015 couldn't possibly have made a fair decision. Fogle, representing himself, filed a motion to recuse on Tuesday in Indiana.

The disgraced ex-Subway employee filed the motion against Judge Tanya Walton Pratt, who already refused his appeal for early release just last month. He alleges that she is biased against him because she's a mother. Fogle also claims Pratt allowed for an improper conspiracy charge to be made against him.

"This court clearly has demonstrated Objective bias, and subjective bias is evident as well," he wrote in a filing Thursday.

It's unlikely that the motion will get very far. First off, Pratt only has one child, who was in her early 20s at the time of Fogle's sentencing. Second, the conspiracy language Fogle is taking issue with refers to a nonrestrictive clause that does not affect the underlying charge, which Fogle admitted to.

The charge is for the distribution and receipt of visual depictions of minors engaging in sexually explicit conduct. Investigators found over 47,000 sexual images on Fogle's computer of young girls. He also pleaded guilty to a second charge, of child exploitation, after he crossed state lines to have sex with underage girls.

The ex-Subway spokesman admitted to having sex at hotels in New York City with two underage girls, one of whom was 16, and he paid them for it. He's contesting Pratt's ruling primarily on this basis, because the two girls in question were teenagers.

He also admitted to receiving child pornography that was produced for him by Russell Taylor, the former executive director of Fogle's own Jared Foundation. The nonprofit organization was set up to raise awareness and funds to fight childhood obesity.

Fogle accepted a plea deal, but is expected to appeal his sentence, which exceeds the initial 12-and-a-half year recommendation from prosecutors. He already appealed in June 2016, to the 7th Circuit Court Of Appeals, which rejected him.

Earlier this year, Fogle appealed to the Supreme Court to take up his case. If he doesn't manage to convince them this time around, he'll remain in prison in Colorado until July 2029.

Fogle first came to prominence as "the Subway Guy," featuring in hundreds of national ad campaigns showcasing his weight loss. Fogle reportedly lost over 200 pounds on the so-called Subway diet and became its spokesman as a result. 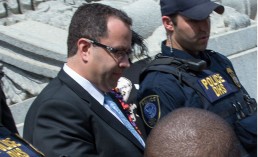 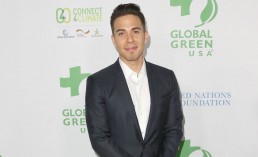 Jared Fogle News: Apolo Ohno Says Subway Guy's Scandal Made Things 'Rough,' What Does He Think About Him? [VIDEO] 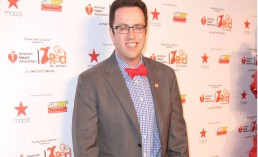