As sexual misconduct scandals continue to rock Hollywood and the entertainment industry, some of the men who are accused are losing their career.

Actor Jeffrey Tambor has lashed out against both Transparent creator Jill Soloway and Amazon Studios following his unexpected termination from the hit Amazon comedy-drama. This termination comes from the results of an Amazon Studios investigation into Tambor's on-set behavior.

"I am profoundly disappointed in Amazon's handling of these false accusations against me. I am even more disappointed in Jill Soloway's unfair characterization of me as someone who would ever cause harm to any of my fellow cast mates," Tambor stated in a statement to Deadline.

Tambor also told Entertainment Weekly that he was mortified that no one had told him about the accusations while he was on the show. He also believed that the investigation was flawed, and even attributed the set's toxic atmosphere to a reason why he was targeted for removal.

"As I have consistently stated, I deeply regret if any action of mine was ever misinterpreted by anyone and I will continue to vehemently defend myself. I also deeply regret that this ground-breaking show, which changed so many lives, is now in jeopardy. That, to me, is the biggest heartbreak," said Tambor to Entertainment Weekly.

The Show's Creator Speaks Out

While Soloway did not directly respond to Tambor's attack, she did commend Tambor's alleged victims, actress Trace Lysette and Tambor's former assistant, Van Barnes, for speaking out and being leaders.

"We are grateful to the many trans people who have supported our vision for Transparent since its inception and remain heartbroken about the pain and mistrust their experience has generated in our community. We are taking definitive action to ensure our workplace respects the safety and dignity of every individual, and are taking steps to heal as a family," said Soloway also to Deadline.

As Tambor is forced to leave the show that he helped build, the actor built up a legacy for his portrayal of Maura Pfefferman. He won several awards for his work including an Emmy award and a Golden Globe award. Tambor's Maura Pfefferman also became a beacon of hope for the LGBT community.

Tambor is not the only media personality that has lost his job after being accused of sexual misconduct.

ABC evicted celebrity chef Mario Batali from The Chew following numerous sexual misconduct claims. NBC News terminated Matt Lauer from the Today show after the news veteran was accused of inappropriate behavior. Actor Kevin Spacey was removed from both his Netflix series House of Cards and the film All the Money in the World after multiple men came forward with sexual misconduct allegations.

Enstars reached out to Amazon Studios for a comment. 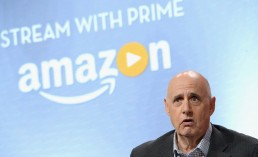 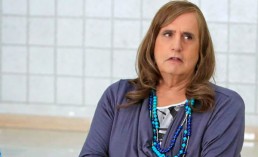 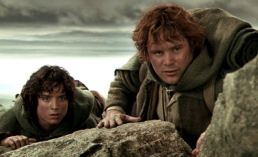 The Ring Has Awoken: Amazon Acquires Rights To Create 'The Lord Of The Rings' TV Series