Move over, Game of Thrones. A Lord of the Rings TV series has just been greenlit at Amazon Studios.

On Monday, Nov. 13, the streaming service announced that it had acquired the global rights to a multi-season Lord of the Rings television series in a deal that is reportedly close to $250 million.

Amazon Studios will produce the Amazon Prime original series in conjunction with the Tolkien Estate and Trust, HarperCollins and New Line Cinema, a production division of Warner Bros. Entertainment.

The series, based on J.R.R. Tolkien's fantasy novels, will serve as a sequel to Fellowship of the Ring, the first chapter in the famous trilogy in which Frodo Baggins and his diverse group of eight companions set out on a journey to destroy the all-powerful ring and save Middle-Earth from the Dark Lord Sauron. Amazon also noted that the deal also includes a potential spinoff series, which opens up a world of possibilities for the LOTR universe.

"The Lord of the Rings is a cultural phenomenon that has captured the imagination of generations of fans through literature and the big screen," Head of Scripted Series at Amazon Studios, Sharon Tal Yguado said in the press release.

Yguado added that it would be an honor to work with the Tolkien Estate and Trust, HarperCollins and New Line on the upcoming project and Amazon Studios is excited to take fans of the epic fantasy franchise on a new journey in Middle Earth.

The Tolkien estate had approached Amazon, Netflix and HBO with the project asking for an upfront rights payment somewhere in the range of $200 - $250 million and Amazon landed the deal by paying close to $250 million.

The hefty price tag is just for the rights of the television series and does not include the additional production costs, which is expected to be around $100 million - $150 million a season for a fantasy series of LOTR magnitude.

The Lord of the Rings film trilogy, directed by Peter Jackson, grossed a total of $6 billion globally, and bagged 17 Academy Awards, including Best Picture for The Return of the King in 2004. The cast included the likes of Elijah Wood, Viggo Mortensen, Ian McKellen, Liv Tyler, Sean Astin and Orlando Bloom.

© 2021 ENSTARS, All rights reserved. Do not reproduce without permission.
TAGSlord of the rings Lord of the Rings TV series Amazon Amazon Studios
SEE COMMENT
CLOSE COMMENT 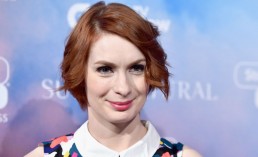 'The Librarians' Season 3: Felicia Day & A 'Lord Of The Rings' Alum To Guest, Find Out When! [VIDEO] 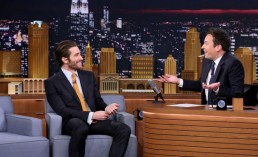 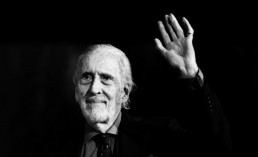 Christopher Lee Dead: Acting Legend Famous For Playing Saruman In 'Lord Of The Rings' Passes Away At Age 93