One of the nation's inspirational church leaders has passed away. Reverend Billy Graham was 99 years old when he died at his home in Montreat, South Carolina.

The legendary preacher spent decades inspiring countless Americans and people around the world to find religion.

According to CNN, the iconic preacher prayed with 10 former Presidents of the United States including Harry S. Truman, John F. Kennedy, Ronald Reagan, and George Herbert Walker Bush. While the 10 prayed with the legendary Evangelical Christian leader, Lyndon B. Johnson, Bill Clinton, and George W. Bush turned to the deceased religious leader for advice.

He also used his organization to break into media. Graham launched the Hour of Decision radio show on Nov. 5, 1950. For 66 years, The Hour of Decision gave listeners stories about hope and religion to help them get through life's different challenges. Graham also founded the TV Telephone Ministry in 1980, which according to USA Today, used volunteers to assist them in finding God and dealing with personal crises.

Many Twitter users took to the social media networking website to pay homage to Mr. Graham. Some religious advocates took to Twitter to tweet their thoughts and prayers regarding Mr. Graham's passing. Meanwhile, several prominent minority leaders gave the deceased religious backlash for not standing up for their rights while he was alive.

When news broke of Graham's passing, many of the United States' top leaders reached out to offer their condolences to the Graham family and his devoted followers.

"The GREAT Billy Graham is dead. There was nobody like him! He will be missed by Christians and all religions. A very special man," President Donald Trump tweeted.

"Billy Graham was a humble servant who prayed for so many- and who, with wisdom and grace, gave hope and guidance to generations of Americans," wrote the former President.

Another former president that took to Twitter was Bill Clinton.

"Saddened by the loss of Evangelist Billy Graham. He led an impactful life, touching so many people with his spiritual teachings. He will be deeply missed," tweeted The First Lady.

Graham was not the only person in the public eye that passed away this year.

Denmark mourned their ruler Queen Margrethe II's husband, Prince Henrik, on Feb. 13, 2018. While his country loved him, he had a hard time fitting into the Danish culture. However, he was able to reach the hearts and minds of his younger subjects following an appearance with Danish pop group Michael Learns to Rock.

House of Cards actor Reg E. Cathey passed away at 59-years-old on Feb. 9. In addition to portraying former White House groundskeeper Freddie Hayes, Cathey also made appearances on numerous television shows such as The Blacklist, Inside Amy Schumer, and The Wire. 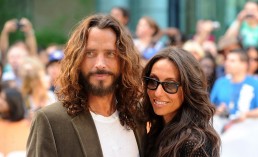 Chris Cornell's Widow Vicky Blames Herself And Addiction For His Death: 'He Was The Best Husband' 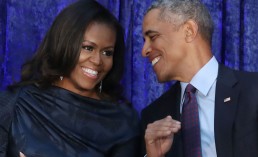 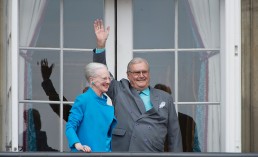