The Robinsons are back so fans better get ready for a space adventure in Lost in Space, coming on streamer Netflix on April 13.

The reboot of the 1960s series will run for 10 episodes, and Netflix announced that the remake would take place 30 years ahead. This means that there are going to be new and advanced technology added to the action/adventure series, a nod for a timelier futuristic feel.

Apart from this, the space colonization has been established with the Robinsons being the pioneers. The original show had the Robinsons traveling to space to find a new place fit for human habitat. How Lost in Space is similar to the original show is that, judging from the trailer, the family would again be lost in space, prompting them to fight for survival.

The trailer was recently released, with Maureen Robinson, played by Molly Parker, narrating as the camera pans to the family who is about to aboard Jupiter 2, their ship.

"Earth is our home, but only so long as it keeps us safe. When this world can no longer serve that purpose, another planet, another colony, another chance," she said.

Netflix's Cindy Holland said in 2016 that the show had the essential elements that had gotten a huge following, making it an effective show that could attract the present audience.

"The current creative team's reimagining of the series for Netflix is sure to appeal to both fans who fondly remember the original and to create a new generation of enthusiasts around the world," Holland explained.

For those who are clueless about the classic series by Irwin Allen, Lost in Space became iconic after running for 83 episodes on CBS for three seasons in 1965 to 1968. A feature remake was released in 1998. It was also where the line "Danger, Will Robinson" was picked up.

Aptly, Netflix had sent the pilot episode to NASA, making it the first to have a first look at what Lost in Space has to bring. Meanwhile, for the rest of the fans, they will have to wait for two months to still witness the journey of the Robinsons.

The Robinson patriarch will be played by Toby Stephens, Will by Max Jenkins, and antagonist Dr. Smith by Parker Posey. Ignacio Serricchio will play Don West, a key character in the series. Burk Sharpless and Matt Sazama cowrote the series.

Notably, Netflix had secured a lot of remakes the past the years. The list includes Gilmore Girls and Fuller House. 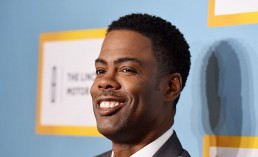 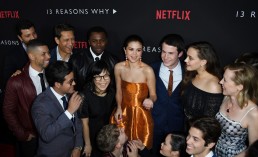 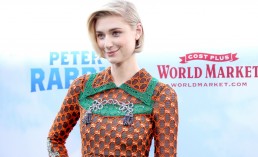