RuPaul has apologized for the comments he made in an interview when asked about allowing transgender contestants in Drag Race after he drew flak from netizens.

On Monday, RuPaul took to his Twitter page to send a heartfelt apology for the hurt he caused over his words. He shared a photo of a rainbow flag and thanked the transgender community.

Each morning I pray to set aside everything I THINK I know, so I may have an open mind and a new experience. I understand and regret the hurt I have caused. The trans community are heroes of our shared LGBTQ movement. You are my teachers. pic.twitter.com/80Qi2halN2 — RuPaul (@RuPaul) March 5, 2018

He followed up his tweet by enumerating the characteristics of the contestants they look for in Drag Race. He said that for the past seasons, the only thing the show ever screened for is charisma, uniqueness, nerve, and talent, and this will never change.

RuPaul's apology came after netizens called him out on his statements about allowing transgender contestants on the VH1 reality show. Talking about the transgender community in an interview with The Guardian, the host was asked whether he would allow a transgender to participate in Drag Race.

"Probably not," he replied.

The 57-year-old host said that he would not allow anyone who has transitioned to be on his show. He ruled out a former contestant, Peppermint, as a transgender because he did not get breast implants until after he left the show.

Peppermint already identified himself as a woman when he joined Drag Race, but he has not really transitioned. RuPaul explained that a man can identify as a woman and say that he is transitioning, but it changes once he undergoes surgery to physically become a woman.

"It takes on a different thing; it changes the whole concept of what we're doing. We've had some girls who've had some injections in the face and maybe a little bit in the butt here and there, but they haven't transitioned," RuPaul explained.

Soon after, Twitterverse exploded with negative reactions to his statements.

"Drag is fun. Drag is not to be taken too seriously. Drag is expression. Drag is art. Drag is for everyone. Drag can be created by anyone," Tatianna wrote.

At one point, RuPaul only doubled down on his statements, taking to Twitter to imply that taking performance-enhancing drugs as an athlete is similar to getting surgery to transition. The athlete can still compete but just not in the Olympics. However, RuPaul eventually realized his mistake and apologized for his comments. 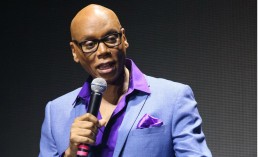 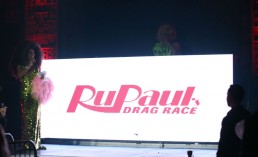 'RuPaul's Drag Race' Season 8 News: Find Out When Queens Will Be Announced For Upcoming Competition [VIDEO] 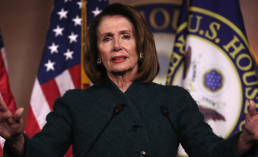