Wyatt Cenac reveals the issues plaguing the world and tries to find solutions for them in his new series Problem Areas, which now has a new trailer from HBO.

In the preview, the comedian points out some of the problems in today's world. He mentions the droughts in California, the ever-increasing wealth gap, and comically, he even finds his droopy eyelids and weak lip muscles as a problem, with the latter rarely making him smile.

"The stars are wild. They're literally on fire but they still show up no matter what problems they have. Just think of everybody's problems," Cenac opens the trailer below.

"Everyone can point out the problem, but what happens when you start brainstorming some answers?" he continues, before showing his comedic side.

"Like maybe I could get a personal trainer for my lip," the comedian says before the director yells and the camera pans out to reveal the production set up on fake meadow.

"Yeah, we couldn't get a permit to film in a real meadow, but by making this set, I just created jobs for all the ants we hired as background actors," Cenac explains with a serious face.

The trailer for the HBO series ends with him sniffing at a fake flower and he says, "You just can't fake that natural plastic aroma."

The comedian took to his Twitter page on Thursday to give credit to the people behind Wyatt Cenac's Problem Areas. Hallie Haglund wrote the screenplay for the half-hour series from executive producer Ezra Edelman, Tim Greenberg, James Taylor, Jon Thoday, and David Martin. Cenac is also executive producer on the show with Diane Fitzgerald acting as co-executive producer.

Maybe not the best move to announce another man getting a late night show on International Women’s Day, but it could not be made without the hard work and creativity of a lot of talented women. That’s not a compliment that’s a way to flatter them into working through the weekend. pic.twitter.com/vZmwYGlrel — Wyatt Cenac (@wyattcenac) March 8, 2018

The HBO comedy series arrives April 13 at 11:30 p.m. The late-night docuseries follows the titular actor as he goes to places where the issues are most pressing. Cenac then comes up with possible solutions even to the minute problems.

Wyatt Cenac's Problem Areas will tackle social and cultural issues facing Americans. The series will include documentary field reports from Cincinnati, Texas, and Minneapolis, to name a few, and address "benign problems" and systemic issues with comedy and commentary. 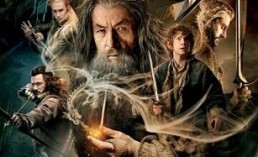 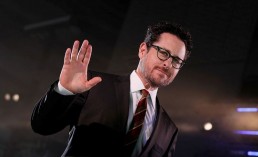 ‘Game of Thrones’ Spinoff Spoilers: HBO Currently Developing 4 To 5 Prequels; One Series Labeled As Past Event