Tessa Thompson is joining her Thor: Ragnarok costar Chris Hemsworth in the 2019 spin-off of the comedy Men in Black from Sony and director F. Gary Gray (Fate of the Furious).

Thompson is the latest addition to the cast of the reboot, which is set for a theater release on June 14, 2019. With screenplay from Iron Man writers Art Marcum and Matt Holloway, the Men in Black spin-off is a different take on the successful franchise starring Will Smith (Bright) and Tommy Lee Jones (No Country for Old Men).

According to media outlets, the reboot does not involve Jones's Agent K and Smith's Agent J. There are new characters in the film, and presumably, Thompson and Hemsworth's characters are the new agents on the block. If so, then expectations are bound to be high for the actors to retain the dynamic that made the first films successful. This means Thompson or Hemsworth has to portray either the loose-cannon partner or the stubborn straight man.

However, the spin-off takes place on the contemporary sci-fi world in which Agents K and J operated in the original Men in Black films. It still follows the same premise of a covert force controlling the alien population blending in with the humans on Earth.

Details about the spin-off are kept under wraps, although the film is said to be more "global" in scope. The Men in Black spin-off is more of an ensemble piece unlike the original films, which put the focus on Smith and Jones's characters.

Other actors joining Thompson and Hemsworth have yet to be announced, although it has been confirmed that Smith and Jones are not returning for the spin-off. Hemsworth has yet to close his deal for the film with Sony.

Steven Spielberg is the executive producer of the Men in Black spin-off with Laurie MacDonald and Walter F. Parkes as producers. David Beaubaire is overseeing the production of the film for Sony.

Thompson recently appeared as the Asgardian warrior Valkyrie in Thor: Ragnarok alongside Hemsworth, who returned to reprise his role as the titular character. She is currently filming for the sequel of Creed, where she portrays as the love interest of Michael B. Jordan (Black Panther). She also starred in the sci-fi picture Annihilation opposite Natalie Portman. Thompson is set to appear in the second season of the HBO series Westworld. 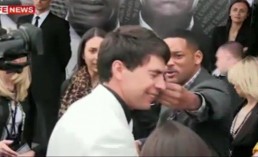 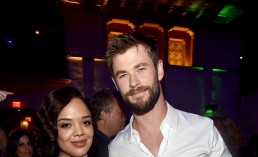 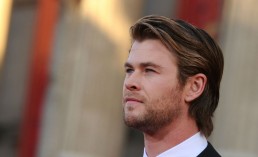