After a report came out that Melania Trump is allegedly not having an easy run at the White House, the First Lady posted a smiling photo of her with President Donald Trump on social media on Thursday, March 22.

In the photo, President Trump wore a black overcoat and a buttoned-down white shirt with a pinstriped tie, while the First Lady wore a black jacket with six large buttons and a mini black scarf. The posed photo was overlooking the snow-encrusted White House lawn.

"Greetings from the White House," wrote Mrs. Trump to her 10.1 million Twitter followers.

Once the First Lady posted the photo, numerous of the First Lady's Twitter followers got into a debate with the people who disliked the family. Many displayed images of Mrs. Trump dancing with the President and the First Couple posing with her stepchildren and their significant others. Others decided to take advantage of the tension between the first couple and inserted images of adult film star Stormy Daniels into several photos. However, one Twitter user chose to excite the social media outlet by asking Mrs. Trump a straightforward request.

"Can you please tweet a picture of the two of you after 60 Minutes airs the Stormy Daniels piece on Sunday?? (Asking for 3 + million friends)," wrote the Twitter user.

The latest photo from the First Lady comes after she allegedly made an intriguing comment regarding her current life. An insider close to the First Lady had told People Magazine that Melania is embarrassed that the Trump family has "devolved into the Kardashian clan."  Mrs. Trump is also reportedly annoyed by the scandals, headlines, and divorce.

"No one was paying attention to her two years ago. They went about their day. Now it's a 24/7 tornado. She hates it," said an insider to People Magazine.

Another drama that continues to jump into the White House is a lawsuit by former Playboy model Karen McDougal. McDougal stated that she was given $150,000 to not speak about her alleged affair with President Trump. However, she is suing one of President Trump's closest allies, David Pecker, who runs American Media Inc., the company at the center of the lawsuit. McDougal hopes to win her lawsuit so she could finally speak.

The Trump children have also experienced their fair share of heartache. The President's youngest daughter, Tiffany, apparently broke up with her boyfriend, Ross Mechanic, after two years of dating. Many of Tiffany's friends believed that the split was mutual as she wanted to focus on law school.

It was also revealed that Donald Trump, Jr. had an affair with singer and reality TV star Aubrey O'Day while he was still married to his wife, Vanessa. Trump, Jr. was last seen in Florida with his five kids following the announcement that Vanessa decided to file divorce papers after their 12 years of marriage. 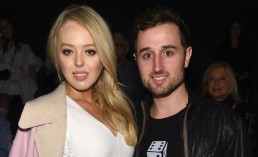 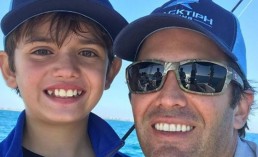 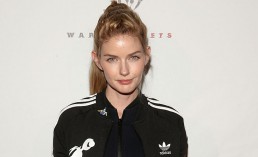