Isao Takahata, Japanese director and cofounder of the world-renowned Studio Ghibli, died in a hospital in Tokyo on Thursday, April 5.

A spokesperson from Studio Ghibli spoke to the public to announce the death of their celebrated cofounder.

"[His death] is true, but we can't comment further as we are trying to confirm some facts around it," the rep says in The Guardian.

Cause of death have yet to be confirmed with varying reports pointing to lung cancer and heart problems, according to Hollywood Reporter. Takahata have reportedly been hospitalized numerous times since the past summer.

Takahata is well-known for directing the heart-wrenching animated film Grave of the Fireflies, which is about two children trying to survive the streets of Japan near the end of World War II. As a child, Takahata survived the bombing of Okayama City.

His directing debut came in the 1968 film Horus: Prince of the Sun. Throughout the years, his other directing projects include Pom Poko and My Neighbors the Yamada.

Takahata's final directing job was The Tale of the Princess Kaguya in 2013, which ended up nominated for an Academy Award for Best Animated Feature. He also served as the artistic producer of the well-received 2016 animated film The Red Turtle.

According to an NBC report, Takahata talked to Associated Press in 2015 about his all stories being about encouraging people to live life to the fullest and not to be too occupied with "petty concerns like money and prestige."

"This Earth is a good place, not because there is eternity," he says. "All must come to an end in death. But in a cycle, repeated over and over, there will always be those who come after us."

The loss of Takahata, who is an icon in the film and animation world, hit the industry hard. In social media, animators and fans mourn the death of the director and producer who paved the way for so many artists in Japan and all over the world.

No animated movie has made me cry more than this tender, gorgeous, profound, soulful and landmark film. A giant of our art form has left us. RIP maestro Isao Takahata pic.twitter.com/YRR6eJBmp4 — Jorge R. Gutierrez (@mexopolis) April 5, 2018

Really sad to hear about the passing of Isao Takahata, co-founder of Studio Ghibli. “Grave of the Fireflies” is an amazing, emotional film. And “My Neighbors the Yamadas” is incredibly charming. It also had a big influence on Michael Arndt’s script for “Little Miss Sunshine.” pic.twitter.com/0dfXC3t2sL — Lee Unkrich (@leeunkrich) April 5, 2018

Greatly saddened to hear this news. His work is a huge inspiration- he made some of my favorite films and TV shows. Make some time to watch his cartoons, okay? https://t.co/GGAVoU3fdX — ian jq (@ianjq) April 5, 2018

Isao Takahata, co-founder of Studio Ghibli and beloved director, has passed away today. We’d like to thank him for all of the dreams he brought to life. Thank you. More: https://t.co/4wQ1qfFENG pic.twitter.com/g4vCa0U35E — Crunchyroll (@Crunchyroll) April 5, 2018

“Flower, bear fruit and die; be born, grow up, and die. Still the wind blows, the rain falls, the waterwheel goes round. Lifetimes come and go in turn.” RIP Isao Takahata, one of the very greatest. pic.twitter.com/nkpLNOAi18 — Robbie Collin (@robbiereviews) April 5, 2018

Rest In Peace Isao Takahata. 'Grave of the Fireflies' is the most beautiful film to ever destroy me. After having a child, I couldn't bear to watch it again and at the same time I couldn't look away. Stunning. pic.twitter.com/aQXaEHvICv — Darran Anderson (@Oniropolis) April 5, 2018

Heartbreaking news for animation and film fans: Studio Ghibli co-founder Isao Takahata has died, aged 82. RIP Takahata-san and thank you for so many wonderful films.

Grave of the Fireflies (directed by Isao Takahata) is tied with Make Way For Tomorrow for the saddest film ever made. — Rian Johnson (@rianjohnson) April 6, 2018

Devastated to hear that Isao Takahata has passed away. Grave of the Fireflies and Only Yesterday are two of Ghibli's most mature, heart-breaking and underrated films. A real loss to the world of cinema. — Sammy Paul (@ICOEPR) April 5, 2018 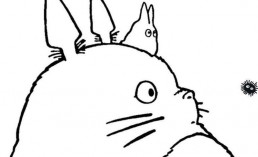 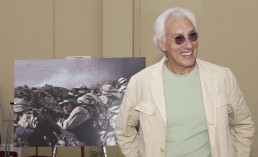 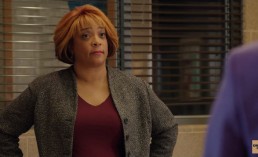