It is the season for renewals. At least for CBS, which just renewed 11 series, including Hawaii Five-O, MacGyver, and Survivor.

The network has renewed all of its Friday dramas, some reality shows, news programs, and some from CBS TV Studios for the 2018-2019 broadcast season. These are MacGyver, Bull, NCIS: New Orleans, Madam Secretary, NCIS: Los Angeles, Hawaii Five-O, and Blue Bloods.

Survivors and The Amazing Race are also in for another run, as well as shows 48 Hours and 60 Minutes. This new batch of renewed shows join the roster which were earlier renewed: Mom, NCIS, SWAT, Young Sheldon, The Big Bang Theory, and SEAL Team.

Obviously missing from the group are procedural crime drama Criminal Minds, comedy show Life in Pieces, and Instinct. Other shows not yet renewed are Scorpion, Kevin Can Wait, Man with a Plan, and Superior Donuts. Living Biblically and 9JKL's second seasons are still not seen in the horizon, but it should be worth considering that the shows became lackluster given the ratings.

That said, those shows renewed have numbers that have been stable, if not soaring, than the rest of the yet-to-be-renewed shows. In short, it is expected that these well-performing shows have longer runs.

Of the fate of those left in the rubbles, Criminal Minds, which had been airing for many seasons so far, is arguably the most nerve-wracking of all. After being on a 9 p.m. time slot, CBS decided to move it to 10 p.m., which worked well for delayed viewing.

Scorpion, on the other hand, is not at all new in being in a tight situation, as it happened last year as well. It remains to struggle to attract audience, though it is fair to say that Monday had been known to be a problematic night of the network.

Life In Pieces has maintained its good ratings, and it's still a shock that the family comedy series is not renewed. However, it is interesting to note that the show is from the 20th Century Fox, which CBS has had a not-so-perfect relationship with.

Of late, CBS has renewed NCIS after sealing a deal with its star and showrunner Mark Harmon. It proves to be one of the most watched crime drama series, as it heads on to its 16th run. It is a no-brainer, though, as the show garnered 17 million viewers in average per episode, a truly impressive number.

"This show speaks to viewers of all ages, in all parts of the country and around the world. NCIS's amazing characters and terrific storytelling result in some of TV's most passionate fans," Kelly Kahl, president of CBS Entertainment, said. 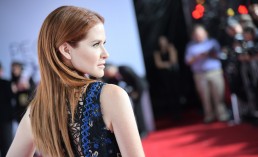 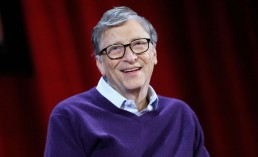 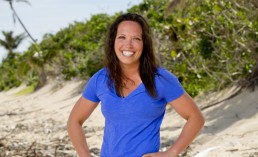