Microsoft co-founder Bill Gates is tapped to guest star in an upcoming episode of the popular comedy series The Big Bang Theory.

On Tuesday, Feb. 20, CBS confirmed that the business magnate will appear as himself in an upcoming episode of the ongoing 11th season of the sitcom. The episode is slated to debut in March.

It remains to be known whether the 62-year-old billionaire will have a lengthy role throughout the episode or a brief cameo. However, according to the synopsis of the upcoming episode, Penny (Kaley Cuoco) "hosts Gates at her work, (and) the guys do everything in their power to meet him."

Given that the show's four main characters, namely Sheldon (Jim Parsons), Leonard (Johnny Galecki), Raj, (Kunal Nayyar), and Howard (Simon Helberg) are obsessed with technology, Gates makes an ideal guest on the show. This marks Gates's first guest appearance on a television sitcom since his cameo in Frasier 17 years ago.

The billionaire, who is also known as the father of the internet, could turn to a career in acting if all else fails. Not only has he dressed up as Austin Powers and imitated Morpheus from The Matrix  for internal videos for the Microsoft Corporation, he has also shown off his acting prowess in an elaborate farewell video, marking his departure from full-time work from the company.

Sheldon To Seek Revenge On Gates?

The announcement of Gates's upcoming appearance has left fans with the burning question: Will Sheldon take revenge on Gates for punching him right in the face?

For the uninitiated, in an episode from Season 4 of the CBS comedy, which aired in 2011, Raj and Howard recalled the time Bill Gates punched Sheldon in the nose after he told Gates "maybe if you weren't so distracted by sick children in Africa, you could have put a little more thought into Windows Vista."

Watch the said episode below.

Other Famous People Who Appeared On The Show

This is not the first time famous personalities from the field of technology or science have made guest appearances on the show. The Big Bang Theory previously featured the likes of Stephen Hawking, Bill Nye, Elon Musk, Buzz Aldrin, Neil deGrasse Tyson, and Steve Wozniak among others.

The series also starred the late Leonard Nimoy and Carrie Fisher, who passed away in 2015 and 2016 respectively. 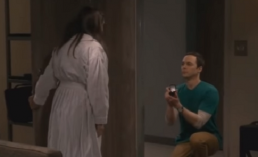 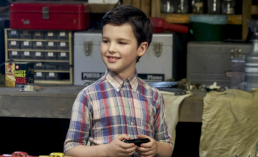