Fans are still mourning her impending exit from Grey's Anatomy, but Sarah Drew has another leading role lined up in CBS' Cagney & Lacey pilot.

Deadline reports that Drew has been tapped to lead the new show alongside Blindspot actress Michelle Hurd.

The actress shows that she's ready for post-Grey's success with this reboot of the women-led procedural show from the 1980s.

Cagney & Lacey is about a pair of female detectives who roam the streets of Los Angeles to keep the city safe. Drew is cast as Cagney, an LAPD detective who's easygoing and nimble. She is the partner and protégé of Hurd's Lacey, the more experienced half of the duo and an accomplished athlete.

The role of Lacey was specifically written as an African American for the reboot. In the original series, the policewomen were played by Tyne Daly and Sharon Gless, who both won Emmy trophies for their work in the show.

The new Cagney & Lacey also has plenty of women behind the scenes with Rosemary Rodriguez directing and Bridget Carpenter writing the script. Both are also executive producers of the CBS pilot.

The women-centric show is only one of the three revivals set to air on CBS for the 2018-19 season. The network's line-up also consists of a pilot for Magnum P.I. and a straight-to-series order for Murphy Brown.

Jay Hernandez has already been cast as the titular private investigator of Magnum P.I., taking the mantle from the original's Tom Selleck.

Last Thursday, ABC announced a cast shake-up in the long-running television series Grey's Anatomy. Drew, who plays April Kepner, will be written out of the show after the ongoing season along with Jessica Capshaw, who plays Arizona Robbins.

"As writers, our job is to follow the stories where they want to go, and sometimes that means saying goodbye to characters we love," Krista Vernoff, executive producer, explains in an official statement. "It has been a joy and a privilege to work with these phenomenally talented actresses."

Drew and Capshaw have been part of the show for nine and 10 seasons, respectively.

Fans were unhappy with the news that the two longtime members of the cast and certified fan favorites are leaving. However, other cast members have gone on social media to defend the showrunners' creative decision. 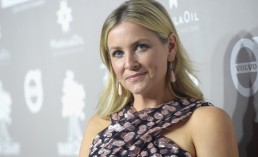 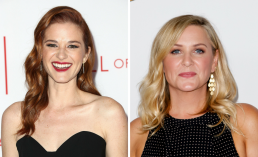 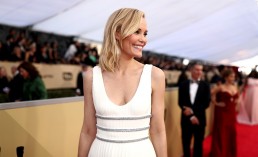