Former Teen Mom OG star Farrah Abraham rips into cops arresting her before the authorities finally took her away in a police cruiser.

Giving Them A Piece Of Her Mind

Authorities arrested the infamously mouthy adult star at the Beverly Hills Hotel, with TMZ catching her on tape letting loose an angry tirade. Abraham can be heard in the video repeatedly telling the police officers to "go f**k yourself" as they surround her while she sits outside the building.

She starts off calmly with the cops, but gets increasingly angry, particularly when one officer takes her wallet. Insisting she hadn't hit or injured anybody at the hotel, so there's no need to arrest her, Abraham is finally hauled off bawling and yelling that she isn't resisting.

As first reported by TMZ, 27-year-old Abraham got arrested for allegedly striking a hotel security guard who requested she leave the property following an altercation with some other guests. Police at the scene noted Abraham appeared intoxicated.

She also, allegedly, tried to pull the celebrity card, telling the security guard he should know who she is when he tried to remove her. The mother-of-one was proudly showing off her stay at the celebrity hotspot hotel on Instagram prior to the incident.

She also shared, via her Instagram Story, a shot of 9-year-old daughter Sophia chilling poolside. It's unclear where Abraham's child was at the time of her arrest, which happened shortly before 2:00 a.m.

Abraham was reportedly booked for battery and trespassing and is being held on $500 bail. On her arrest, the reality star was characteristically frank.

"This was all blown out of proportion. I was a guest at the hotel and I did not touch anyone. I was targeted and that's why these men sold stories," she said.

Just Another Day In The Life

The reality TV star is certainly no stranger to controversy, having been cut from the remainder of the seventh season of MTV's Teen Mom OG after refusing to give up her work in the adult entertainment industry to do the hit show.

She filed a $5 million lawsuit against Viacom, MTV's parent company, claiming unfair dismissal over her lifestyle choices. The suit was settled in March.

Abraham debuted on MTV's 16 and Pregnant back in 2009. She was subsequently cast in spinoff series Teen Mom. The reality star had a difficult life following the birth of Sophia, whom she gave birth to when she was just 17 and whose father died in a car accident.

Viewers have watched Abraham frequently tussle with mother Debra, who was charged with assaulting her daughter back in 2010. She's also fought with virtually everybody else on the show, not just the cast but also the crew.

Abraham was arrested for a DUI in Nebraska in 2013. She was sentenced to six months probation and fined $500. A month later, rumors about a sex tape circulated.

It was subsequently revealed to be a professionally shot film with adult star James Deen, for which she netted $1 million. 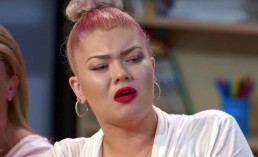 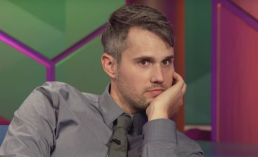 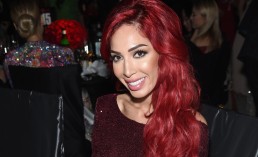