Farrah Abraham is having issues with her mother, Debra Danielsen, who called out Abraham's nasty comments on her being mentally ill.

The rift brewing between the former Teen Mom OG star and her 60-year-old mother started when Danielsen appeared on the Facebook web series, Shot Topics, on Monday, March 19. Danielsen revealed that she found out about Abraham's dismissal from the controversial MTV reality series from the gossip sites. She also reacted her daughter's foot fetish video, stating that her 26-year-old daughter had borderline personality disorder and encouraged her to receive mental help.

"I will say that deep down inside I know my daughter. She is kind, loving, and she is sweet and very compassionate. I think she works extremely hard, I think she just needs to step back a moment and take some time to get healthy and take time for her so she can heal," said Danielsen on Shot Topics in a conversation transcribed by Hollywood Life.

Abraham was furious with her mother's statement. She told People Magazine that she was appalled by her mother's inflammatory report and added that Danielsen was the primary reason why the adult entertainment star had been in therapy since she was 14 years old. Abraham also said that most of her therapists believe that her mother is jealous of Abraham's success, even after the former Teen Mom star attended her wedding.

"I hope she has enjoyed the Teen Mom MTV Ride that Sophia (Abraham's daughter) brought to her life as I'm moving on from that toxic environment she dwells in," said Abraham in a statement to People Magazine.

Abraham's mother is not the only person to have faced off against the adult entertainer. Earlier this March, Abraham threw some vitriol at former co-star Maci Bookout, who revealed that she was going to appear on an upcoming season of the Discovery Channel series, Naked and Afraid. Abraham scolded Bookout on the Teen Mom Time podcast and stated that she was a hypocrite. Before the adult entertainer left the show, Bookout was apparently outraged by Abraham's short-term rehiring following her release of two sex tapes.

She also spoke out against former boyfriend, Simon Saran, saying that she did not want to hear about him becoming an instant celebrity nor his impending adventures as a bachelor. The duo previously dated while she was still on Teen Mom OG. Abraham fell head over heels for him and wanted to marry him, but the real estate agent did not want to commit to her.

The End Of 'Teen Mom OG'

As Abraham moved forward from the Teen Mom franchise, she promised her fans that she was working on celebrity-driven series and has also focused on building an international following. On March 12, MTV aired Abraham's final and explosive episode, where Abraham had a fiery confrontation between the series' executive producer, Morgan J. Freeman, and a showrunner named Jordan regarding her treatment to the show's staff and her decision to go into the adult entertainment industry. Eventually, Abraham called Freeman to decide that she was leaving the show. 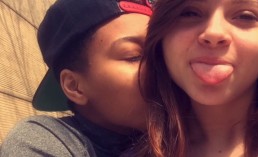 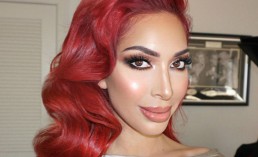 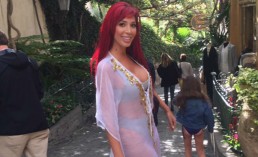