A Victoria's Secret model, Sabrina Jales St. Pierre, sues a hotel for monetary and punitive damages due to bed bugs.

Jales St. Pierre has modeled for a variety of high-profile brands including Tommy Hilfiger, Ralph Lauren, Valentino, and Versace. She recently filed a lawsuit against Palm Desert Embassy Suits, a Hilton hotel.

Brian Virag, founder of My Bed Bug Lawyer, Inc. described the trauma Jales St. Pierre went through during her stay at the hotel.

"Sabrina started noticing the bed bug bites after her first night in the hotel, and eventually she was massacred by bites covering pretty much her entire body," he advised.

According to Virag, the wounds she suffered were among the worst he's seen in almost a decade of specializing in bed bug litigation. He went on to describe her traumatic experience following the so-called massacre.

"Like most victims of bed bugs, Sabrina also had nightmares about the experience, and she still experiences psychological trauma and fear of bed bugs today," explained Virag.

As Jales St. Pierre is a model, the bites were especially difficult for her to deal with, because they affected her ability to work.

"I would say it definitely had an impact on her ability to do her job as a model... She had to continue working during the hotel stay, but the bite marks ... made her feel embarrassed, ashamed and humiliated," he explained.

No Truth To Her Claims

The general manager of the hotel in question disputes the claims, arguing there was no evidence of a bed bug infestation at the property.

He claims Jales St. Pierre's room was fully investigated for bugs but none were found. An independent pest control company also took a look and found nothing.

The hotel even agreed to dry clean the model's clothes, and suggested the bugs may have been carried in from the outside, Mendoza added.

He is going through with the lawsuit purely to defend the hotel's reputation in the public eye.

Virag warned hotels to be vigilant against what he sees as a bed bug epidemic. He also confirmed Jales St. Pierre had sought medical treatment because her severe reaction to the bites lasted for a long time.

This isn't the bed bug expert's first time dealing with a Hilton hotel either. In October of last year, he represented and emerged victorious on behalf of an Arkansas family who sued a California Hilton over bed bugs. 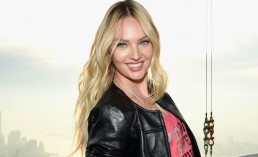 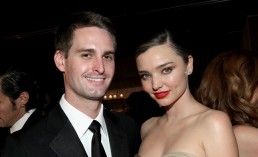