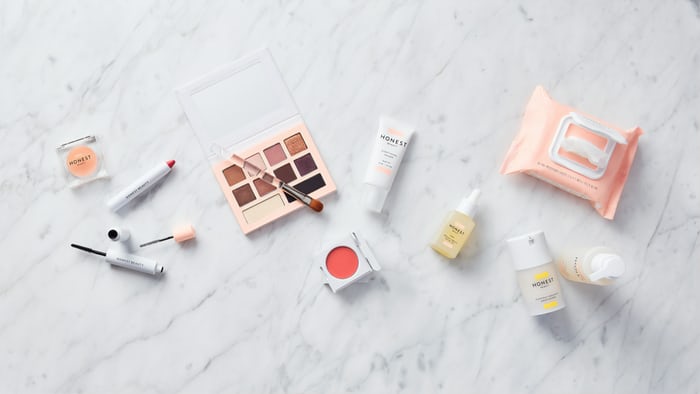 Tati Westbrook is definitely stepping up her game by launching her own makeup line.

Known as "glamlifeguru" on YouTube, Westbrook finally took the big leap and launched her own makeup line Tati Beauty. The makeup line starts up with a palette that the beauty guru have been doing in the past few months.

To some who is not familiar with Tati, she is one of the veteran beauty vloggers on YouTube.

She became an influencer first before Jeffree Star, as she has been making videos for more than 10 years now. Tati has reached tons of people of all ages through her tips and tricks about makeup application, skin care advice and product tips. She also posts her own beauty shopping hauls from time to time.

She could upload five videos a week, but starting her own makeup line? That one is definitely a massive step in her career.

This is not the first time that a beauty vlogger has created and established a makeup brand though. YouTubers and internet celebrites Jeffree Star and Huda Kattan have their own makeup lines established as well.

Tati has also previously released her own supplement brand "Halo Beauty," which became a very successful health brand. However, many fans and supporters were a little disappointed that it was not a cosmetic line.

Tati did hear her fans' cries and made an announcement on her YouTube channel last week, revealing that Tati Beauty would be launching soon.

Her first product is an eyeshadow palette, and the YouTuber posted a photo of it on Instagram to show people what is in store for them.

View this post on Instagram
The Dream is Beginning... The Palette is Almost Here! 10AM PST TatiBeauty.com #TexturedNeutrals #TatiBEAUTY A post shared by  TATI BEAUTY (@tatibeauty) on Oct 25, 2019 at 9:49am PDT

Tati is starting her own beauty line with a 24-pan eye shadow palette. According to Tati Beauty's official Instagram account, the eyeshadow palette will have four finishes: matte, glitter, sequin and metallic. The palette has all shades of silver, nudes, oranges and reds.

Westbrook's fans commented that it's not the shade that has them captivated, but how she arranged the palette. Tati made sure the palette matches to any skin tones, so users can go for a monochromatic look.

To some, it may seem like just any ordinary palette because of the colour scheme, but the formatting and organization are extraordinary.

The palette is vegan and is now being sold at $48. The palette's formula is also very pigmented. It is available at Tati's website, tatibeauty.com

Not Jennifer Aniston, Alia Shawkat: Brad Pitt Has the Hots for THIS Woman