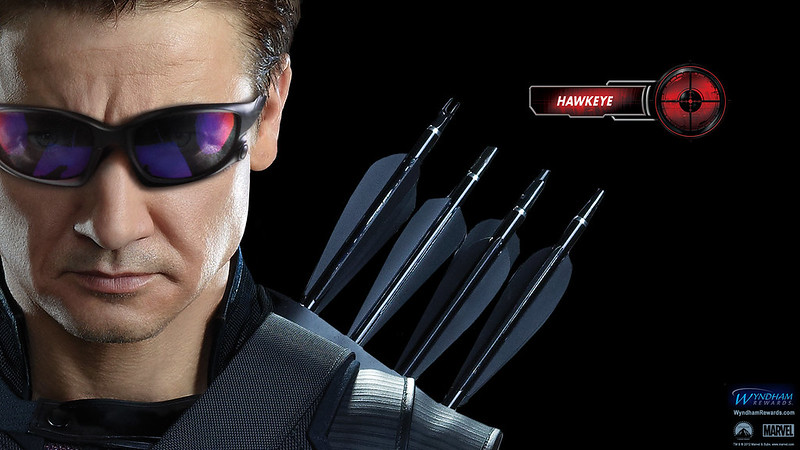 Marvel continues to work with Jeremy Renner for the "Hawkeye" TV series on Disney+ scheduled for Fall 2021.

The plot has Renner training a young girl named Katie Bishop to be the new Hawkeye. Hailee Steinfeld was reportedly offered the role, but is tied up amid the hot issue surrounding her co-star.

According to an Independent report, Disney was prepared to recast "Hawkeye" amid the Jeremy Renner scandal with his ex-wife.

Just heard something. Heard Marvel are considering some options just in case they'll decide not to use Renner for the Hawkeye show. pic.twitter.com/X8Ztrf97Sp — Daniel Richtman (@DanielRPK) October 20, 2019

Marvel fans have have protested against Jeremy Renner as "Hawkeye." Renner is currently in a custody fight with ex-wife Sonni Pacheco over their six-year-old daughter Ava Berlin Renner.

Pacheco accused the "Hawkeye" actor of threatening to kill her with a gun. Their former lived-in nanny also revealed in court that Renner once wished his wife would die!

The "Bourne Legacy" star denied the allegations, noting his ex-wife is an "unstable liar." He accused Pacheco of exposing their daughter to "dark, graphic, sexual material," leading the actor to file for sole custody of his daughter.

Despite the ongoing controversy, Marvel reportedly won't recast "Hawkeye." A representative of the actor revealed that Marvel's top bosses decided against letting go of Renner, who will continue to appear on future Marvel films and the Disney Plus Hawkeye TV series.

Renner's representative added that Pacheco's claims were one-sided, and the accusations were made because she wanted more money.

Renner previously agreed to pay his ex-wife more in terms of child support, but the Canadian model later blackmailed the actor by telling him that he would leak his nude photos. At this point, Renner put his foot down and insisted he "won't be bullied" by his ex-wife anymore.

Hailee Steinfield was reportedly offered the role as Katie Bishop in the "Hawkeye" series.

However, the actress kept mum about her appearance on the show, telling Variety: "I have no idea what you're talking about."

Variety revealed that their sources confirm Steinfeld still has the offer, exclusively for her. Nonetheless, rumor has it that the "Let Me Go" singer may be reluctant to sign the offer amid the controversy the lead actor is facing.

It should be noted, though, that Steinfeld is currently working on her first major television role with Apple TV Plus.

The 22-year-old actress will star as the famed poet Emily Dickinson on the Apple TV+ series entitled, "Dickinson." If rumors are true, there may be a non-compete clause forbidding the A-list actress to work with other streaming service.