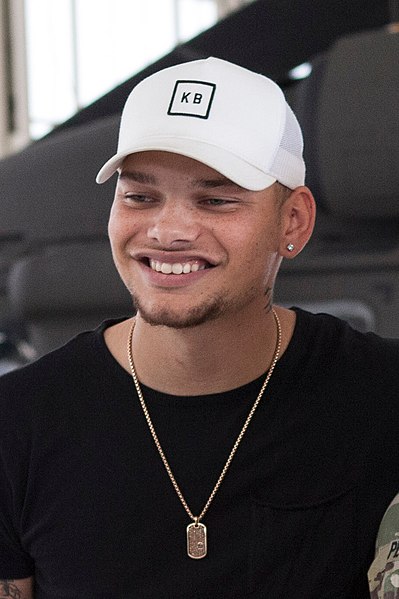 Country singer Kane Brown -- who got married in October 2018 -- announced the pregnancy of her wife, Katelyn, on Instagram in April of this year.

Kane and Katelyn are a picture of a happy couple as they welcome their daughter, Kingsley Rose. Brown referred to her first chid as "KB3" in his first Instagram post about their firstborn.

Kane Brown, 26, announced on Wednesday that their baby girl is out along with a picture of him and his wife and their newborn baby.

Meanwhile, in a separate instagram post, Katelyn wrote: "Obsessed with my family. Kingsley Rose, we are absolutely in love with you." In the same post, she also confirmed the exact date of the baby's birth, which is October 29, 2019.

The couple was excited to announce to the world the good news back in April. Brown posted a photo of his wife's sonogram and wrote that it was hard for them to keep the big news a secret. The post on Instagram obviously couldn't contain the singer's excitement, as he was going to be a first-time daddy.

Kane further shared that his wife could barely stop crying and laughing at the same time. Kane Brown was a picture of a happy husband and a proud dad.

On her own Instagram post in April, Katelyn posted a video of herself while getting the ultrasound. Obviously, she was over the moon seeing their baby for the first time.

She also expressed that the two of them are excited for their little family. Katelyn admitted she couldn't wait to share their everyday fun, love, and travel.

A Family of Three

It was during the 2019 Billboard Music Awards red carpet when the singer told Andy Lassner, the executive producer of The Ellen DeGeneres Show, that they may be expecting a baby girl.

August of this year, fellow country singer Jason Aldean and his wife Brittany hosted a baby shower for the couple. It was also during that event that the couple revealed the baby's name. On a purple balloon in the event, the name Kingsley was printed.

During an interview in September, Brown has revealed to People a few details about his wife's pregnancy. He said that their date nights were practically the same. In his words, "They haven't really changed." Though he pointed out that there was one thing that they couldn't do anymore: Katelyn couldn't have wine!

When asked about how they were preparing for the coming of their little girl, Kane revealed that people are coming over to set-up the nursery for them. He also shared how excited they are that their family will be three soon.

Moreover, being the prepared parents they are, they already added a car seat for their baby. The country singer said that it felt a bit weird seeing it there, but his child's safety was always going to come first.

Today, the couple is a picture of happiness and contentment with their little girl already wrapped in their arms.