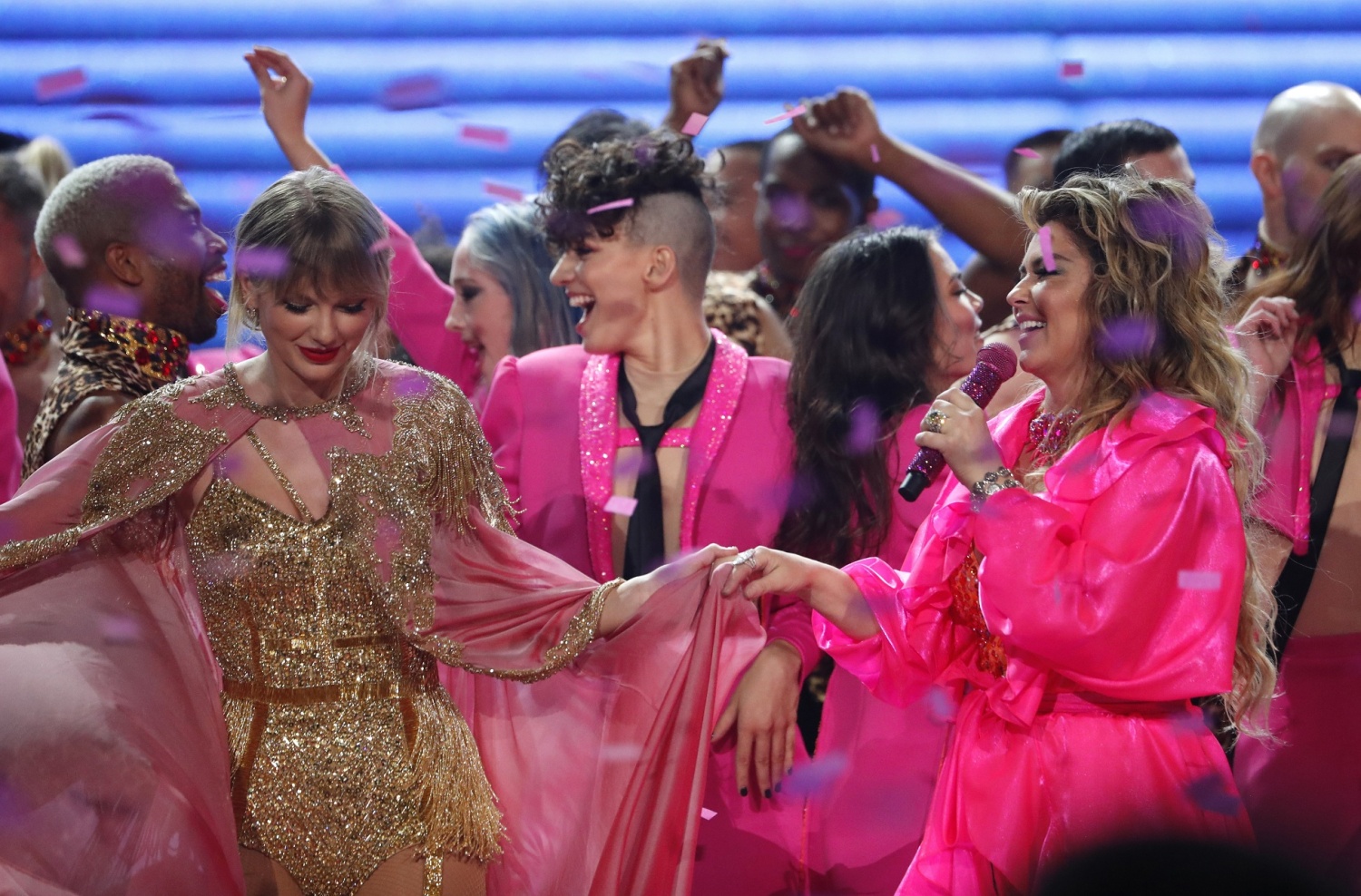 Taylor Swift's winning streak is unsatiable. She is the only one who could be born on Friday the 13th and be this lucky!

Seriously, Tay Tay already beat Michael Jackson for the most AMA's. Not even that row with Big Machine could stop her.

Anyone who rides on that lucky streak at the perfect timing might just get sprinkled on with a bit more luck. It looks like this was what happened to the winner of "Dancing With the Stars" who danced through finals with one of Swift's hits.

If you are yet to watch the finale, then beware. There will be spoilers throughout this read.

It was a teary last episode, for sure. Gleb Savchenko thank Lauren for making him "a better human being"; Hannah revealed she was having "breakdowns and breakthroughs"; Ally cried over Gloria Estefan's video message and; Kel is the last male celebrity standing.

Singers Gave Their All

Not only were the emotions high but the energy was at its highest, too. Ally and Lauren hit the high notes (and the high jumps, too) at the DWTS finale.

Lauren went up the stage midway during her freestyle performance to "Country Girl (Shake It For Me)" by Luke Bryan. She belted a high note and slid back to the dance floor with two cowboys on either side of her.

Talk about a country girl with killer moves! Who loved watching #TeamTonkyHonk Freestyle their hearts out?! #DWTS @Lauren_Alaina pic.twitter.com/FZTUe9TkvO — Dancing with the Stars (@DancingABC) November 26, 2019

Ally sang Tina Turner's "Proud Mary" before she did that lively booty-shaking and started to jive. Her partner, Sasha Farber, predicted early on that he had a sign who was winning -- cue in "Fin-Ally." She claimed it too when she came out of the Mirrorball in her Freestyle dance.

Kel Mitchell had "So You Think You Can Dance" alum Witney Carson as his Gabriella Montez as they danced Jazz to "We're All In This Together" from High School Musical.

It was a clean routine, lots of nostalgia, and left judge Bruno Tonioli calling the performance "life-affirming." On both his freestyle and jazz routine, Kel danced with a group and Carson, so the spotlight was not just on him.

Spotlight on This Girl

The former Miss USA 2018 alum and "Bachelorette" star Hannah Brown knows the finale is the best time to have the lights on her.

Hannah danced freestyle to Adele's "Girl on Fire" and Gwen Stefani's "Hollaback Girl." Her choice of power songs and the several moments she was on-stage solo were the perfect way to end her time on DWTS.

Brown was ravishing with confidence by the time she went freestyle. Before this, howeve, she danced Viennese Waltz with "So You Think You Can Dance" alum Alan Bersten.

Len praised her "lovely musicality" and called the performance the "best dance of the night." Top that off with Bruno calling the dance an "Oscar-winning performance."

Dancing With The Stars Season 28 Winner

And the Mirrorball Trophy goes to Hannah Brown and her dance partner Alan Bersten. In second place was the last man standing, Kel Mitchell with Witney Carson.

In third was Ally Brooke with Sasha Farber. In fourth was Lauren Alaina with Gleb Savchenko.