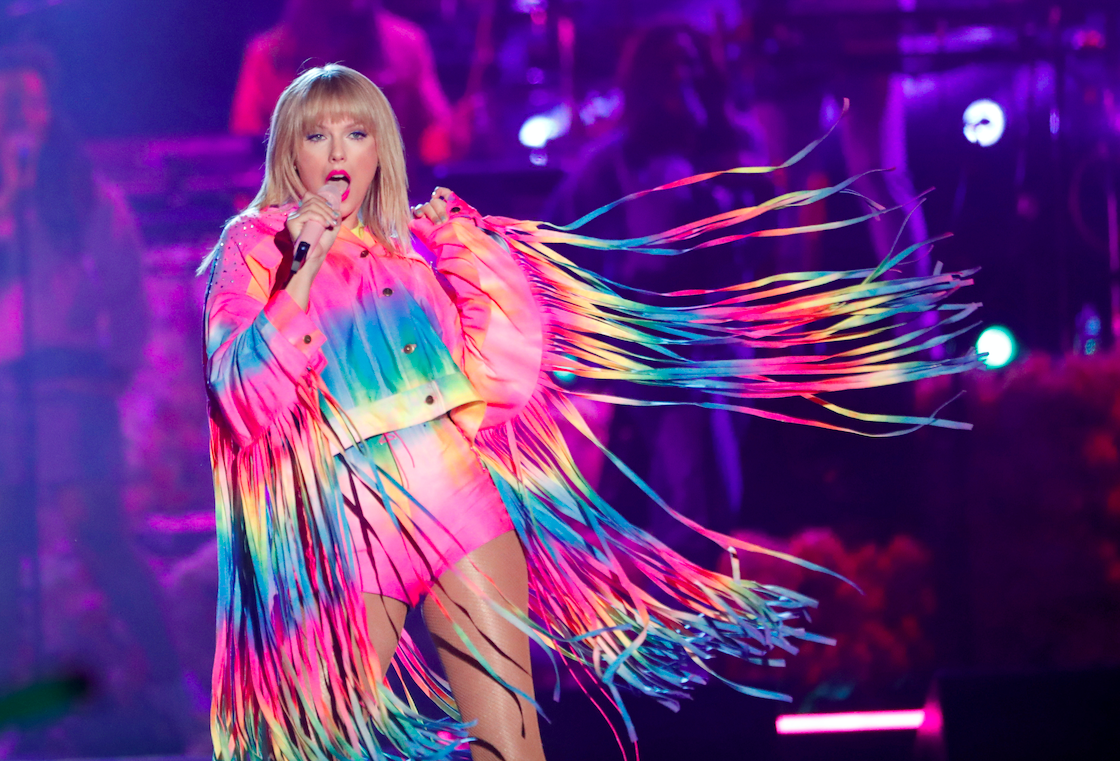 The feud between Taylor Swift and Scooter Braun and Scott Borchetta is becoming more intense.

Hashtags like #IStandWithTaylor #FreeTaylor are trending in social media, with celebrities now chiming in as well.

When Braun purchased Big Machine for $300 million last June 2019, Swift was not happy. She accussed Braun of being "incessant, manipulative bullying."

Borchetta responded with a blog post, outlining text messages he sent to Swift ahead of the public announcement, contesting her claim that she heard of the sale when it was reported by news outlets.

The "1989" hitmaker says she “pleaded for a chance to own my work,” but the label instead offered her “the chance to ‘earn’ one album back at a time” for each new Swift record produced.

Borchetta argued against Swift’s claim by posting sections of what he describes as “deal points” to an offer for her to return to the label.

“As you will read, 100% of all Taylor Swift assets were to be transferred to her immediately upon signing the new agreement,” Borchetta wrote. “We were working together on a new type of deal for our new streaming world that was not necessarily tied to ‘albums’ but more of a length of time.”

The feud, however, made headlines once again when Swift called out the label and its owners for not allowing her to sing her old hits at the American Music Awards. In fact, Swift said that Scooter and Scott refused to permit her songs to be used in her Netflix documentary and to be re-recorded.

Sure enough, Swifties attacked the record label and criticized both Braun and Scott Borchetta. Last Friday, the office of Braun in Nashville, Tennessee closed because of the said threats from fans of Swift.

Big Machine, however, denied her accusations and made a statement telling Swift the "narrative you have created does not exist" and claimed that she owes them "millions of dollars and multiple assets."

Selena Gomez made a long note regarding the problem and how these two are breaking one of the best artists in the world.

“I don’t mind if there may be retaliation” Selena Gomez basically confirms that those rats can ruin her too just for speaking and defending her best friend? Disgusting... this is so messed up! #IStandWithTaylor pic.twitter.com/AZ1WjMjfcD — IVAN (@ivanmoratroya) November 15, 2019

Halsey posted a video of her singing "Mean" and the hashtag #IStandWithTaylor. Gigi Hadid, on the other hand, took it to Twitter to tell Big Record that Swifties "deserve to celebrate the music."

Scott and Scooter, you know what the right thing to do is Taylor and her fans deserve to celebrate the music!! — Gigi Hadid (@GiGiHadid) November 15, 2019

Meanwhile, Lily Allen said that it sounds awful and suggested there should be a #MeToo movement in the music industry.

Furthermore, Rachel Zegler tweeted: "Shame on them. I can't even imagine what you may be going through- you have an army behind you, though. Stay strong, we're on your side."

Other artists who expressed their support were Camila Cabello, Halsey and Tinashe.

You have to apologise for saying bad things about camilla. I know she is a swiftie like us@Camila_Cabello I'm sorry in the name of all the swifties #IStandWithTaylor pic.twitter.com/3y6nDsaKUj — #IStandWithTaylor (@TaylorPalmTrees) November 15, 2019

stan the vamps aka the minority of men who publicly support taylor in this shitty situation#IStandWithTaylor pic.twitter.com/SGy6Dv9NOG — McVey Updates (@McVeyUpdatesPL) November 16, 2019

| Lena Dunham via her Instagram Story: “I never never had a friend who rises again and again like Taylor (and makes wild sweet music out of it). I want to see her sing it all, as the woman she has become, and that should not be anyone’s choice but hers.” #IStandWithTaylor pic.twitter.com/1O4Zu4U7lq — Taylor Swift Updates (@TSUpdatesNYBU) November 17, 2019

Still, many prominent female singers kept their mum about the issue like Ariana Grande, Tori Kelly and Demi Lovato -- all of whom are being managed by Braun.