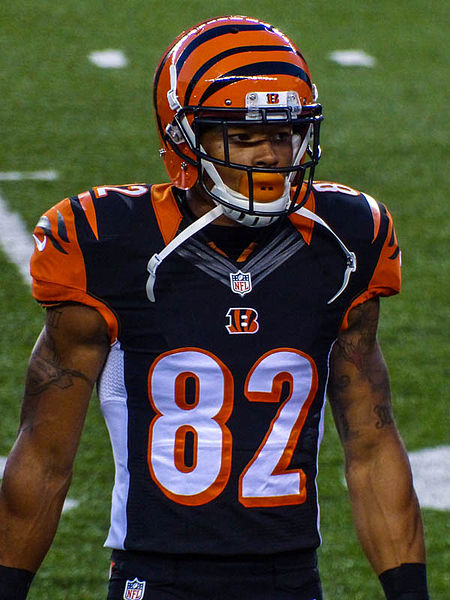 Detroit Lions wide receiver Marvin Jones shared the devastating news about the death of his youngest son, Marlo. He was only six months old.

Jones took it to social media to pay tribute to his late son. Everyone who has seen it felt the pain of a father who lost his child. His post began with a statement confirming the death of the youngest member of their family. Jones referred to it as the Lord calling home a piece of their heart.

"Our son, Marlito, has passed away," the NFL player confirmed. He referred to his son as a fighter. The post came with a photo of the boy smiling. And then, the football player wrote his son a message saying how his smile and energy have brought them heaven on earth. He closed it by saying that his son will always be in their hearts.

"We will always remember you," Jones ended.

The grieving father reflected on the milestones that they could have shared together. He wrote about how devastating it was not to hear his son's first words. They believe it would be in Spanish too.

Jones also grieved of the opportunity to see his youngest son run along with his older siblings. Although he ran with them with his eyes every day, it would have been different if he were able to see him run around and play with the rest of the family.

"Rest peacefully our little boy. You have gained back your wings," Marvin Jones wrote.

View this post on Instagram
Yesterday the Lord called home a piece of my family's heart, Marlo. It is hard to believe that our little angel, our fighter from day one, our son "Marlito" has unfortunately passed away and is no longer here with us. Marlo, the joy that you brought to us everyday, with that smile, and that energy was like heaven on earth. You will always be in our hearts. We will always remember you. We did not get the chance to hear your first words (It would've been in Spanish too) ️. We didn't get to see you run with your brothers and sister, you ran with them with your eyes everyday. We know that everything that We do from here on out will be with you. Every step we take, you will be with us. Whenever we have a bad day, We will think of your smile. We miss you already buddy and will forever love you. Rest peacefully our sweet baby boy. You have gained your wings A post shared by Marvin Jones Jr (@marvinjonesjr) on Dec 28, 2019 at 3:41pm PST

At this difficult time, the only thing that could help is the expression of support from family and friends. On Saturday evening, the Detroit Lions released their own statement on the death of Marvin Jones' son.

They expressed their support to the loving parents Marvin and his wife Jazmyn following the passing of their youngest son.

In their social media post, the Detroit Lions also expressed their gratitude to all those who have shown their love and support to the loving couple. The statement said that the two embody the meaning of family and the example they have set to the community has made them an inspiration to better the community.

The death of their youngest son indeed came as a devastating surprise. Shortly before his son's death, the NFL player posted a short clip with the entire family together during the holidays. In unison, the family greeted everyone a "Merry Christmas!"

View this post on Instagram
Merry Christmas & Many Blessings to all from the Jones' A post shared by Marvin Jones Jr (@marvinjonesjr) on Dec 25, 2019 at 1:14pm PST

One of the player's older children is holding Marlo on his lap.

Marvin Jones had been on the sidelines since the beginning of this month. He was considered an injured reserve following an ankle injury he got during the game against the Minnesota Vikings.

The loss of a child comes with incomparable, unexplainable pain. And although no reports have revealed the cause of the child's death, Jones and the rest of the family are getting all the love and support they need at this difficult time.